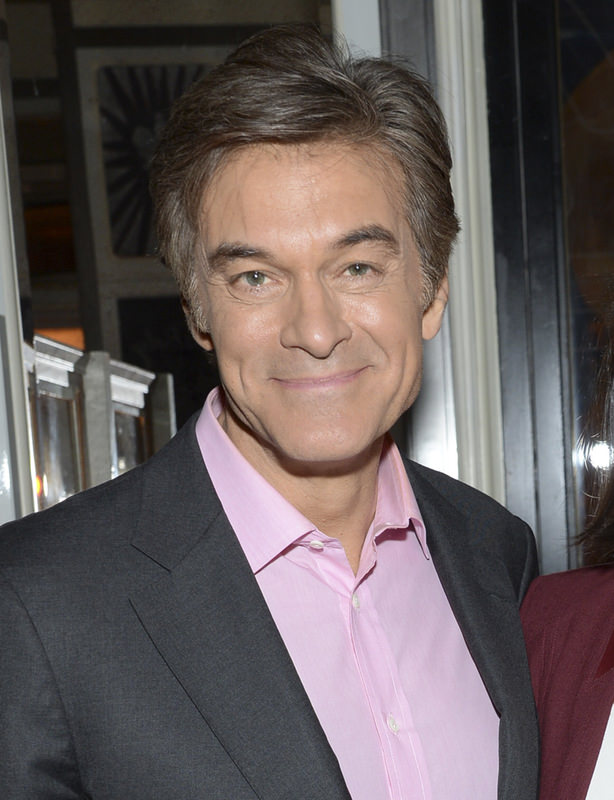 by Associated Press Sep 16, 2015 12:00 am
During a self-prescribed listening tour with physicians groups this summer, Mehmet Öz learned just how much it annoyed many doctors when their patients say, "I heard on 'Dr. Öz' ..." It's been a humbling stretch for the heart surgeon who built his own successful talk show after being introduced to the world by Oprah Winfrey. Critics, including some in Congress, scolded the hyperactive health evangelist for promoting questionable diet aids he's since sworn off. In April, a group of 10 doctors urged that he be removed from Columbia University's medical faculty, accusing him of promoting "quack treatments." His show has lost half its viewers over the past five years.

"Heal thyself" is now the goal, as Öz tries to recalibrate and save his program, which began a seventh season Monday. He privately sought feedback this summer from doctors' groups of various specialties.

"We're on the same team of trying to make people healthier, which I think everyone can agree is the case, even if you disagree with how I do it, even if you don't like the entertainment aspect of it," he said. What he didn't realize was how he'd become a symbol for a development in health care that many doctors feel threatened by. Patients today often go for check-ups after Googling for information on what ails them or listening to advice from their favorite television doctor. Öz has taken steps to mend fences, hiring a doctor to improve his show's communication with the medical community. Since many doctors hear their patients quote Öz but don't know what he said, the outreach effort will make it easier for them to find out and will alert specialists when the show addresses topics in areas of their expertise. He found the listening tour rewarding. "It was a very good investment of my time to hear from these folks, and it was very hard for me not to speak more," he said.

He said when his name was in headlines last spring he was buoyed by support from his parents, Winfrey, his surgical partner and other doctors from Columbia. "The Dr. Öz Show" averaged 3.8 million viewers in 2011-12 and 1.85 million for the season that ended in May, the Nielsen ratings company said. The show's switch from ABC to lower-profile Fox affiliates in several markets, along with some stations cutting airtimes from twice to once a day, has impacted ratings, said Holly Jacobs, executive vice president of U.S. reality and syndicated programming for Sony Pictures Television. Jacobs said Sony stands behind Öz and the show has contracts to air through 2017.

But Öz's reputation among consumers has clearly taken a hit. His positive Q score peaked at 32 in winter 2011, meaning 32 percent of people who knew him considered him one of their favorite personalities. Now it's 15, below the average of about 18, according to Marketing Evaluations Inc.

This season is important for Öz to determine his long-term viability, said Bill Carroll, an expert on the syndication market for the Katz Television Group. He said the uniqueness Öz brought to the audience is no longer unique. "He's the hardest-working guy in television," Carroll said, "but there comes a point where you have to reinvent yourself, and I think that's what they are going to attempt to do this year."

Öz distributes a detailed outline of themes for his new season, and diet aids aren't among them. "The Healthy Mind Project" will delve into the areas of mental health, addiction and happiness. He wants to help viewers navigate a glut of information, with one show devoted to teaching the best way to search online for reliable health information. Producers aim to stretch out the show to add depth. The show has frequently operated like a magazine, with different topics introduced after each commercial break, and now Öz plans to stay longer on certain topics.

Öz said he never considered abandoning the show. He heard from viewers who told him they had helped people having seizures after seeing instructions on his show or interacted with someone about to commit suicide. He's turning these stories into a future episode, about tips to save lives. "When I hear this, and I see it all the time," he said, "there's no way I wouldn't want to do this to the best of my ability."
RELATED TOPICS