WWF: Global marine populations slashed by half since 1970 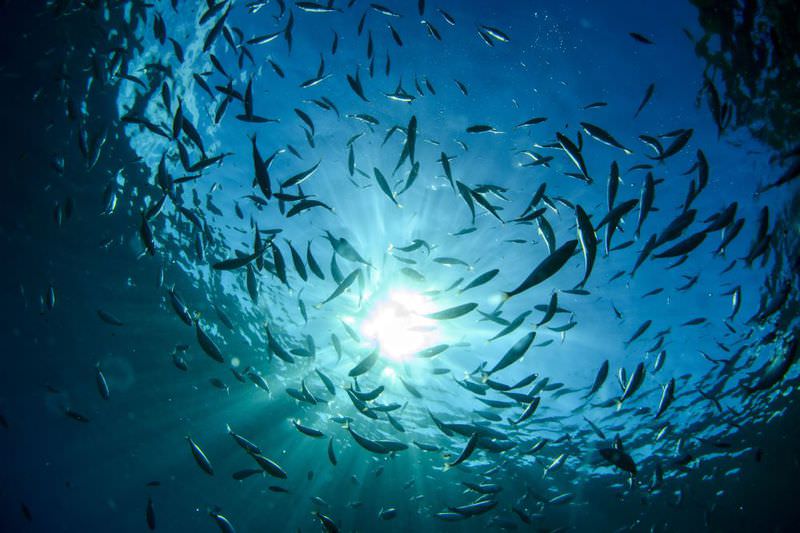 by Sep 17, 2015 12:00 am
Populations of marine mammals, birds, reptiles and fish have dropped by about half in the past four decades, with fish, which are critical to human food, suffering some of the greatest declines, the WWF warned Wednesday.

In a new report, the conservation group cautioned that over fishing, pollution and climate change had significantly shrunk the size of commercial fish stocks between 1970 and 2010. The WWF's Living Blue Planet Report indicated that species essential to the global food supply were among the hardest hit.

One family of fish, which includes tuna and mackerel, had, for instance, declined 74 percent during the 40-year period, it found. "In the space of a single generation, human activity has severely damaged the ocean by catching fish faster than they can reproduce, while also destroying their nurseries," Marco Lambertini, head of WWF International, said in a statement.

"Over fishing, destruction of marine habitats and climate change have dire consequences for the entire human population, with the poorest communities that rely on the sea getting hit fastest and hardest," he warned.

Fish are not the only marine species that are suffering. The WWF report also shows there has been a steep decline in coral reefs, mangroves and sea grasses that support fish species – with more than one third of fish tracked for the study relying on coral reefs and some 850 million people around the world relying on them for their livelihoods.

A previous report from the group showed that half of all corals have already vanished, and they are all expected to be gone by 2050 if temperatures continue to rise at the same rate.

The WWF's analysis tracked 5,829 populations of 1,234 species – nearly twice as many as in its past studies, giving "a clearer, more troubling picture of ocean health." One in four species of both sharks and rays is facing extinction, largely due to over fishing, the report said.

While highlighting the severity of the crisis, the WWF stressed that the ocean is a renewable resource and that marine life can be restored if the human population lives within "sustainable limits."

The report called for the amount of ocean area worldwide that is currently protected (3.4 percent) be tripled by 2020.

Among its other recommendations was a call for consumers and sellers of fish products to increasingly demand stock from companies that follow internationally recognized best practices.

A further suggestion was that funds specifically allocated to restore marine life be repaid with future profits from the fishing industry. "The pace of change in the ocean tells us there's no time to waste," Lambertini said, adding: "These changes are happening in our lifetime. We can and we must correct course now."
Last Update: Sep 17, 2015 1:58 am
RELATED TOPICS