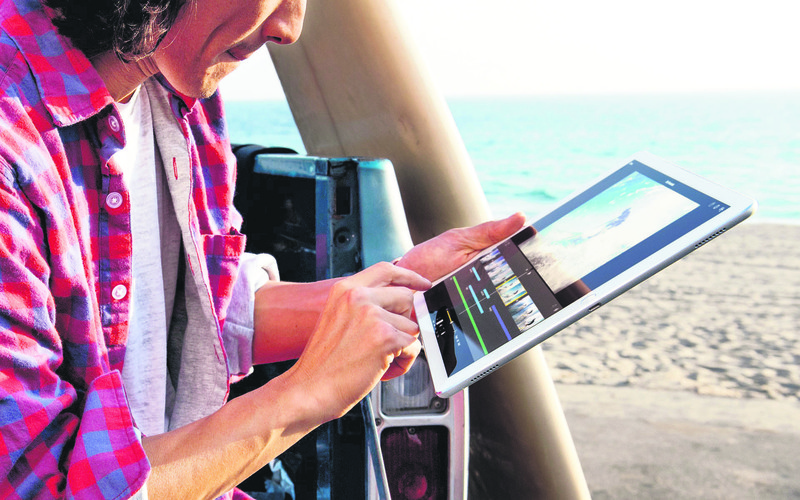 Releasing tablets with bigger screens is a clear sign that the tablet market surpassed its degree of saturation. After the success of Microsoft's Surface Pro and Samsung's Galaxy Tab, Apple increased the price and enlarged the screen of its new iPad Pro

Steve Jobs introduced the iPad as a "revolutionary device" at a press launch held on Jan. 27, 2010. When it was released later that year on April 3, many users described it as a "bigger version of the iPhone." When tablet sales surpassed laptop sales three years later, those who did not understand what Jobs meant by saying it was "revolutionary" experienced an epiphany. In 2010, mobile Internet consumption was on the rise as mobile Internet content was trending. However, the more social media became popular, the more iPads were sold. In other words, Apple came to the forefront by properly reflecting rapidly changing lifestyles through its products.

Everything changed in 5 years

It has been more than five years since the release of the original iPad. These days, tablet sales are said to have reached their saturation point because a decrease has already been observed in sales. IDC, an experienced research company, announced that 44.7 million tablets had shipped since the end of Q2 2015. The figure was 48 million in the same period last year. A 7 percent drop indicates both saturation and market shrinkage. Apple's iPad Pro move will probably create competition not in figures but in revenues. Rumors concerning the Apple iPad Pro began circulating at the beginning of this year. Indeed, its release was a surprise; with its 12.9-inch screen and 6.9 mm thickness, iPad Pro features a similar design to the iPad Air. 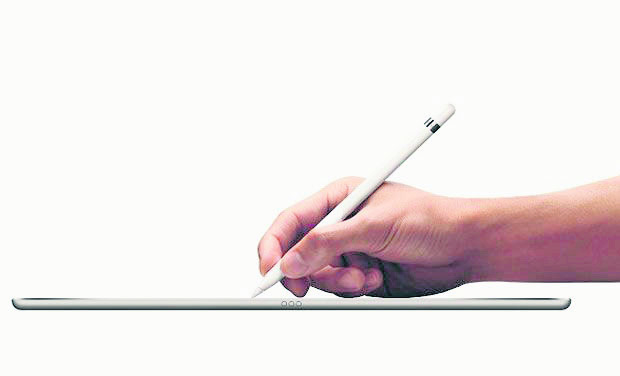 With iPad Pro, new accessories for professional use were also released. For $169, Apple's Smart Keyboard can be connected to iPad Pro through a magnetic band, and it is powered directly through a connection port to the tablet. Moreover, iPad Pro features the same shortcut key found on Macs. However, the most important innovation is not a smart keyboard, it is Apple Pen. Everyone's mind was confused by this move, as Apple is known to be strictly against the use of tablet pens. However, the Apple Pen was developed for professional users like those using Adobe Suite and will retail for $99. Similar to the 3-D Touch feature in the iPhone 6S, the pen responds to pressure sensitivity. 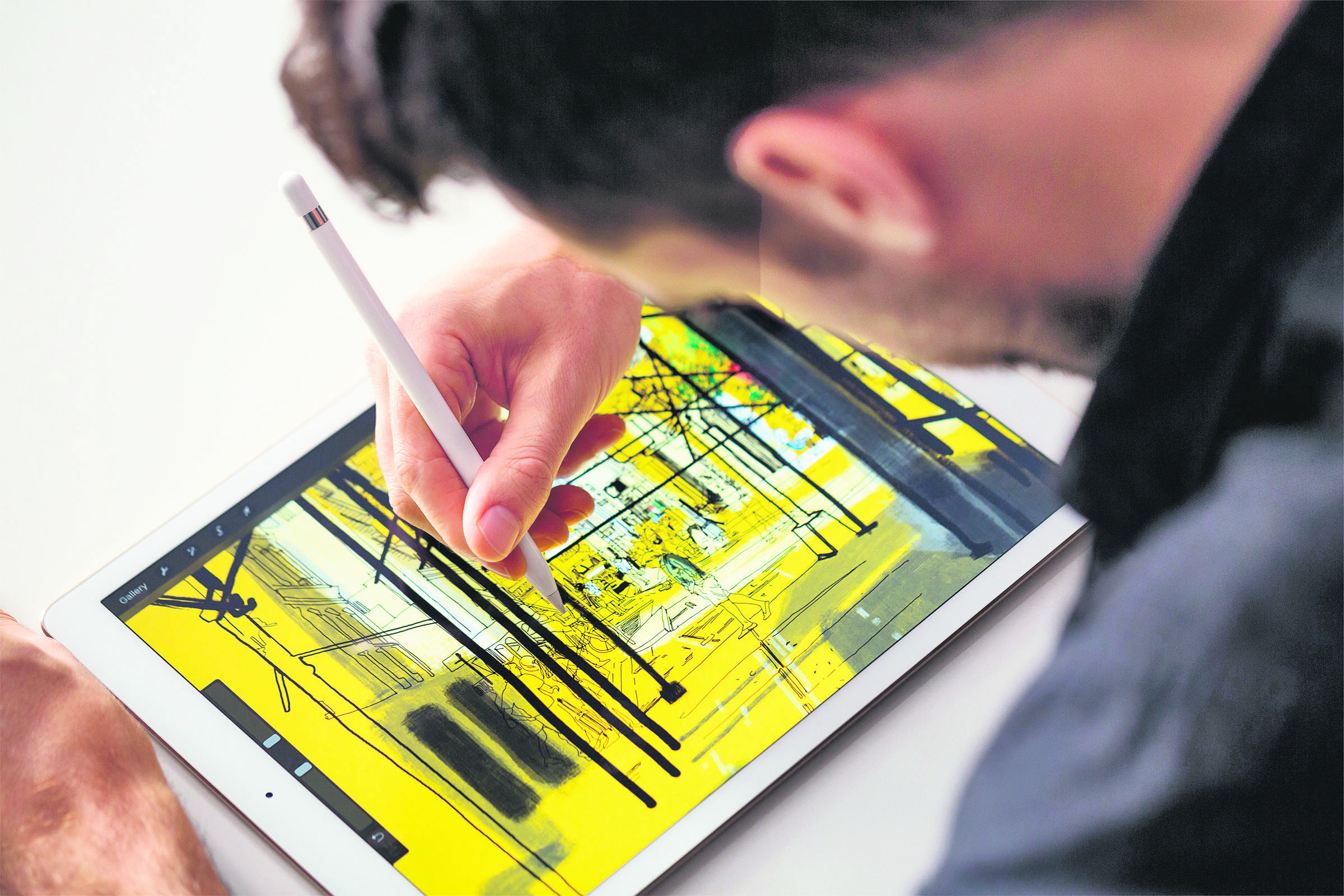 Apple's iPad Pro will have two big rivals ahead of it: Microsoft Surface Pro and Samsung Galaxy Tab Pro. The iPad Pro's main objective is to increase sales revenue per tablet in a market that has reached its saturation point. Additionally, iPad's features will create an advantage for Apple.

Falling behind Android and iOS in terms of mobile transformation and tablet production, Microsoft is preparing a new design. Previously released for professional users, the screen quality and weight of the Surface Pro3 may create an advantage. PC users' preferences are being ported to the new tablet as well. With its 3.5-megapixel front camera, Surface Pro 3 is ahead of its rivals. Additionally, Samsung will release a new edition of its Galaxy Tab Pro in the coming months.

Facebook's Dislike button was not a new idea

Facebook this week revealed a surprise for its users: A "dislike button" will soon be available for users. The dislike button was initially used by a Facebook focus group between October and December 2009, but Facebook canceled it. The company reviewed this idea again after six years, as it understands it would be more appropriate to dislike a death or unpleasant news.

Twitter Highlights grabs interest
Previously introduced in English for Twitter for Android users, Twitter Highlights will soon be available in more than 35 languages around the world. Highlights are a simple summary of the best Tweets for you, allowing you to access the most interesting tweets related to your interests and preferences. To create your Highlights, Twitter scans popular accounts and tweets shared among your followers, your followers' tweets, trending subjects and events on your network and popular and trending people that you follow. Users see a notification when Twitter creates your highlights. When you open them, you are then directed to new content where you can see your highlights. You can scroll down the page to see all content. At the bottom of the page, a single touch can re-direct you to your Twitter homepage. Users can access Highlights via an icon on their homepage.

Apple released iOS 9 iPhone, iPod Touch and iPad last week alongside the unveiling of the iPad Pro and the iPhone 6s. Certain features have become easier to use, and Apple users can now use a more developed version of Siri. Similar to iOS 8, only 1.3 GB of space is required. In older versions of iOS, 4.58 GB was needed for an update, which translates to more than one-fourth of a 16GB iPhone's storage capacity. The Apple products that will receive iOS 9 are: iPhone 6, iPhone 6 Plus, iPhone 5s, iPhone 5, iPhone 5c, iPhone 4s, iPad Air 2, iPad Air, iPad 4, iPad 3, iPad 2, iPad mini 3, iPad mini 2, iPad mini, 6th generation iPod touch and 5th generation iPod touch.