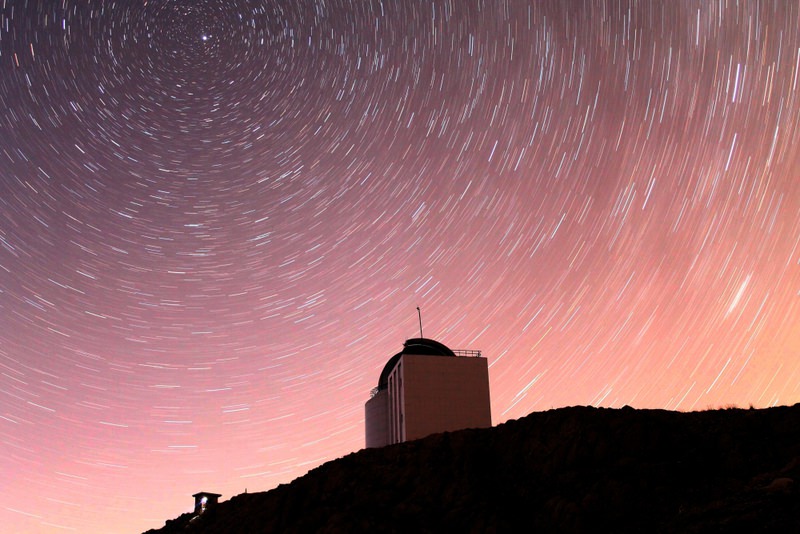 by Daily Sabah Sep 21, 2015 12:00 am
Located in the southern province of Antalya's Saklıkent district, the Scientific and Technological Research Council of Turkey's (TÜBİTAK) National Observatory features the country's biggest telescope. A total of 67 scientists assigned to the observatory study the sky until the first light of day. The scientists are observing the cosmos as well as photons with four telescopes and publishing national and international scientific papers with the data they collect. The TÜBİTAK National Observatory began operating in 1997 with two telescopes – one 40-centimeter telescope and one 150-centimeter telescope. The latter telescope, the biggest in Turkey, is operated from the central building within the campus of the observatory. Currently, the observatory features four telescopes including two robotic ones. These robotic telescopes operate with computers without needing an operator. Universities are also able to connect to these telescopes via the Internet.