Season of cacti in Palestine, the fruit of patience 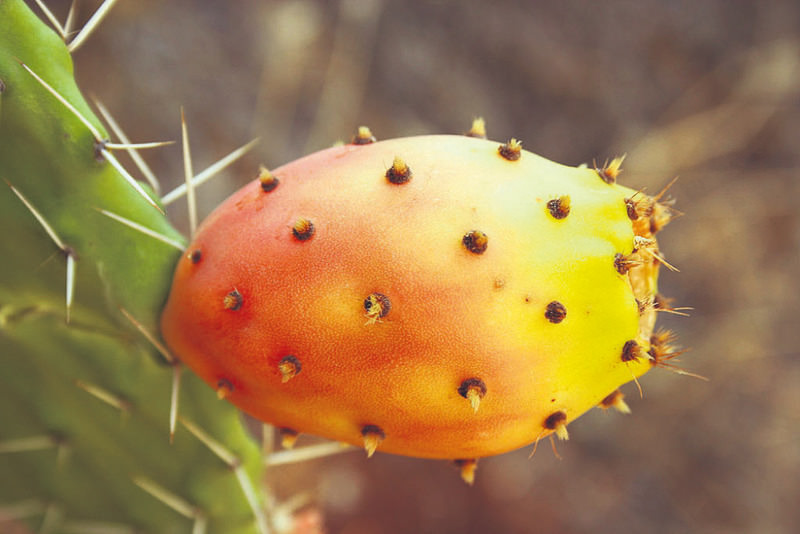 by Anadolu Agency Sep 21, 2015 12:00 am
In Padras, a town in west Ramallah, one can find cacti in all houses, the summer fruit of choice for Palestinians and a symbol of steadfastness and patience. Zainab Awad, 37, lives in Padras, a town known for cacti cultivation. She wakes up early every day to harvest the fruit. Awad, who works as a teacher at a kindergarten at a private school, harvests cacti in the summer as a second source of income. "In the summer months, I harvest and sell cacti," she told Anadolu Agency (AA). "It is the main source of income for my family and I because I do not receive any salary during the summer holiday. Cacti are a delicious fruit favored by Palestinians in the summer, especially by the poor, due to its low price compared to other types of fruit," she added.

Wearing plastic gloves, Awad uses special brooms or carob tree branches to clean the cacti. The price of 1 kilogram is about three shekels ($0.80), and the name of the fruit differs from one country to the next in the Arab world.

In Palestine and the Levant, it is called "sabr," in Egypt, "spiny fig" and "albershoom" on the Arabian Peninsula. "Sabr" means "patience," a core value held by Palestinians in the occupied territories. Cacti only grow in dry places and have the ability to survive drought as its stalks are filled with water. They are a favorite food for camels in the desert despite the sharp spines scattered on its surface. Inside cacti there are pulps full of small seeds. Its outer shell contains many pores, in each of which grow sharp and smooth spines.

Padras is one of the highest producers of cacti in Palestine, producing around five tons per season starting from mid-July every year and lasting for three months, according to Abdel-Rahman Awad, a journalist and one of the town's residents.

The town's population does not exceed 2,200, and is known for its cultivation of olive, figs and cacti, Awad said. "Eighty percent of its territory was seized by Israeli occupation forces after the building of the apartheid wall," he said. "There is not a house in the town that does not have cacti trees."

One of the town's residents, Awad Khalaf, 64, has cultivated cacti since childhood. He has 17 dunums of cacti, with one dunum being equivalent to 1,000 square meters, surrounded by around 500 cacti trees. "Cacti trees are considered the walls that protect the earth from dangerous animals and are the fruit of the poor farmer," Khalaf said. "Every season, cacti are harvested and sold in the markets of Ramallah and Jerusalem. Cacti are trees that do not need to be taken care of. They grow without water; the only thing it needs is to be harvested!"

Awad said he earns around 3,000 shekels from cacti each season, which supplements his work cultivating olives and breeding sheep.
RELATED TOPICS