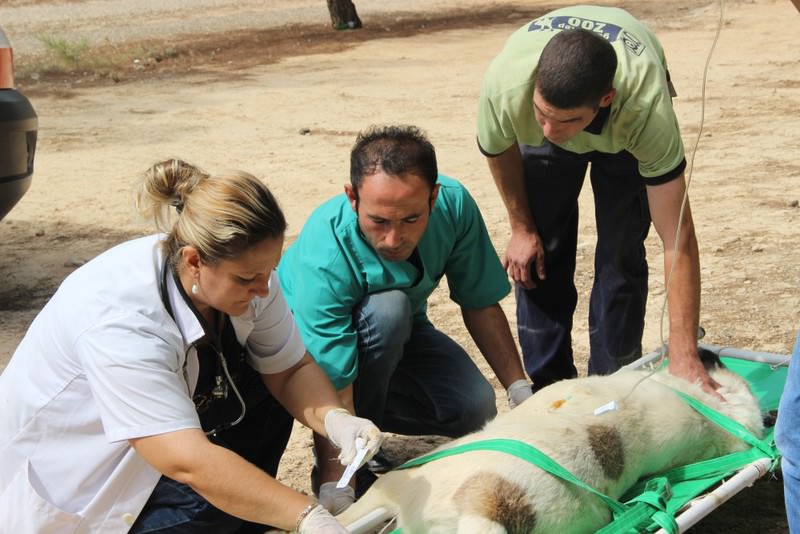 by daily sabah
Oct 08, 2015 12:00 am
An ambulance operated by a team of first response veterinarians has recently been put into service in the southeastern province of Gaziantep. Based at Gaziantep Zoo – Turkey's biggest zoo – the ambulance responds to emergency calls from the Alo 153 hotline and provides care for sick and injured animals. The ambulance was created by the Directorate of Gaziantep Zoo and is equipped with modern and state-of-the-art technology gear. The ambulance team has already treated a dog after receiving a call.

The health team dressed the dog's wound, and the dog was then put on a stretcher and given a drip feed. Mehmet Celal Özsöyler from the Department of Preservation of Natural Life under the Gaziantep Metropolitan Municipality said the ambulance is a first in Turkey. Özsöyler emphasized that the municipality highly values animals. Medical treatment is administered to injured and sick animals at the zoo's hospital. The hospital also uses modern and advanced medical technology.