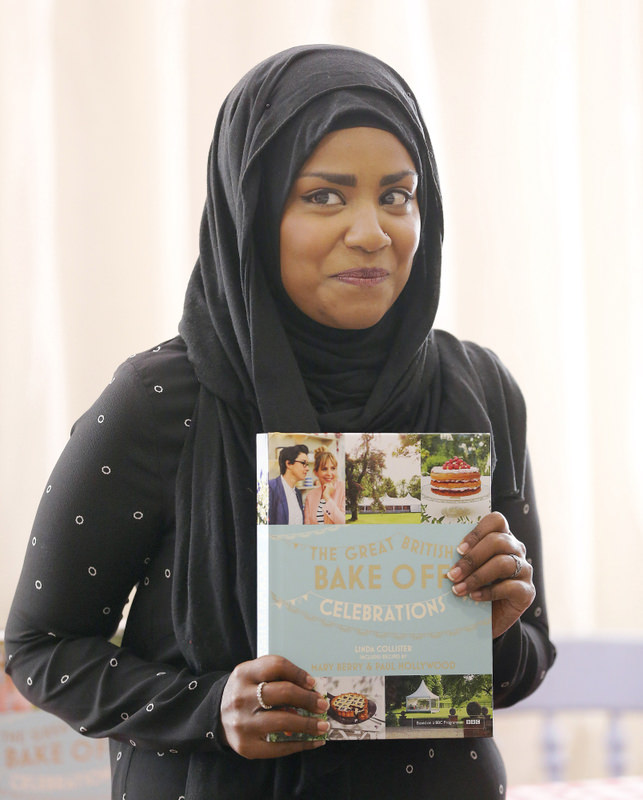 by French Press Agency - AFP
Oct 12, 2015 12:00 am
The victor of 'The Great British Bake Off' was hailed as a Muslim role model on Wednesday won the hit television contest and the hearts of the nation.

Nadiya Jamir Hussain, 30, mother of three from the northern English city of Leeds, survived 11 weekly vote-offs to win the series after impressing judges with an array of artistic creations.

For her final show-stopping piece in the finale she made a cake decorated with a sari in the blue, red and white of Britain's Union Jack.

Hussain charmed viewers with her witty one-liners and endearing range of facial expressions, which spawned a "Many Faces of Nadiya Appreciation Blog," becoming the audience favorite to win the program – a runaway success whose final was expected to draw a record-breaking 14 million viewers.

The Muslim Association of Britain called her "an inspiration to many British Muslims, and especially Muslim women."

"I think she's incredibly talented and it's really wonderful to see a British Muslim just showcasing the best of Muslim talent in this country," said Zara Mohammed, vice president of the Federation of Student Islamic Societies.

Prime Minister David Cameron said he was rooting for her, as did Chancellor George Osborne who tweeted "Go Nadiya!!"

Born to a Bangladeshi family in the multicultural hub of Luton, Hussain was credited with helping overthrow stereotypes.

"Nadiya is the first British woman who wears a hijab to have occupied such a positive, joyous role in

Hussain had admitted before the final that she was at first "a bit nervous that perhaps people would look at me, a Muslim in a headscarf, and wonder if I could bake."

"I'm just as British as anyone else, and I hope I have proved that," she said.

Hussain burst into tears as she was announced the winner and said "there must be some mistake."

Holding her trophy, she vowed never to doubt herself again.

A passionate baker since she was a schoolgirl, Hussain was a full-time mother before going on the show but could be poised to reap new opportunities.

Previous winners have created careers out of their victories, penning cookbooks and newspaper columns.