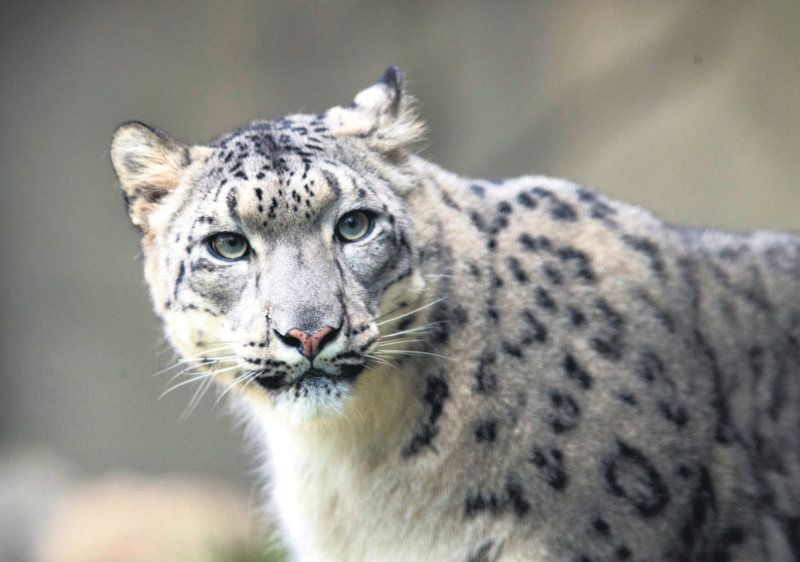 by French Press Agency - AFP Oct 26, 2015 12:00 am
Melting ice in a warming world threatens to further shrink the habitat of the snow leopard, adding to illegal hunting woes that are pushing the iconic big cat to extinction, said a study released Friday. As few as 4,000 of the mysterious animals could be left in their sole habitat in the high mountains of central Asia, the Swiss-based World Wildlife Fund said in its report. Unless climate change is checked, more than a third of the habitat could vanish, with warmer temperatures pushing the tree line higher and farmers moving further up the mountains to plant crops and graze livestock, it added.

Sami Tornikoski, head of a separate project by the fund to protect the natural diversity of the Himalayas, which features some of the world's highest snowbound peaks, stressed climate change was only one of the problems. Worsening habitat loss and degradation, poaching and conflict with communities saw a fifth of the snow leopard population vanish in the past 16 years, the fund said.

Unchecked, climate change will exacerbate these threats and could push the species over the edge, according to the study. "Snow leopards won't survive for long unless we tackle climate change alongside other threats such as poaching, retaliatory killings by herders, declining prey species and poorly planned development," Tornikoski added. "India, Nepal and Bhutan have proven that it's possible to increase the number of iconic species like tigers and rhinos. Together governments, conservationists and communities can achieve similar successes with snow leopards and drag them back from the brink." WWF said the receding ice threatened not only the snow leopards but also more than 330 million people living near rivers flowing down from snow leopard territory. The conservation group said it would continue to fund vital snow leopard research, including the use of camera traps and collars tracked by satellite to learn more about the mysterious big cat.

Just 14 percent of the animal's habitat has been covered by research or conservation activities, according to the study. But as part of the new strategy, the fund will also focus on mitigating the threat from climate change, protecting people's livelihood, reducing conflict between the big cat and communities, and tackling poaching and trafficking, it added.
RELATED TOPICS