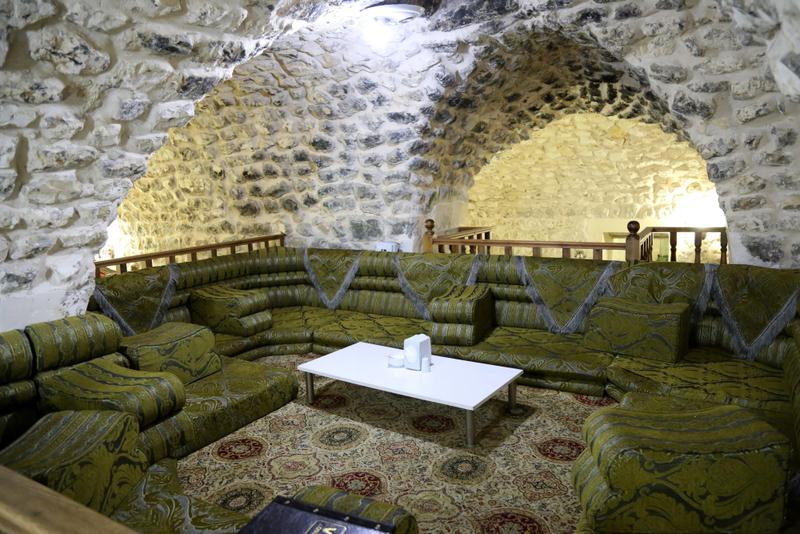 by Anadolu Agency
Oct 28, 2015 12:00 am
The historical Vizier Turkish Bath in Şanlıurfa, which has operated as a public bath for three centuries, has opened for visitors following restoration. The public bath was decorated with oriental cushions after the renovation work was completed, and is currently hosting the city's traditional sıra gecesi (sıra night) activities. Located in the Yusuf Paşa neighborhood of the Eyyübiye district, the Vizier Turkish Bath was built by Governor Yusuf Pasha in 1703 and continued to be used as a public bath up until a few years ago. As the building wore down over time, the local people's interest began to decline. This led the Karacadağ Development Agency to restore the historical public bath.

The restoration of the building, which covers a 1,200-square-meter area, was completed about a year ago, and the rooms of the Turkish bath assumed a new face with the oriental cushions that now decorate the facility.The historical public bath has been turned into a place where sıra nights are organized thanks to its authentic atmosphere, where the sun's rays pierce through the dome. In his statement to Anadolu Agency (AA), Vizier Turkish Bath Manager Seydi Vakkas Çiçek said the public bath was inactive before the restoration, as people are no longer interested in Turkish bath culture like they used to be. He added that the building assumed a new function after the renovation.

The historical Turkish bath is currently used as a restaurant, cafe and sıra night venue. The building draws attention from the locals as the building still preserves its original state. Also speaking to AA, Karacadağ Development Agency Deputy Secretary-General Hasan Maral said they aim to restore the historical buildings in Şanlıurfa and introduce them to the tourism sector. Stressing that they provide financial support to projects aiming to strengthen the city's tourism, Maral said: "The Vizier Turkish Bath restoration project is one of these many projects. We contributed to the city's tourism potential by renovating the historical public bath. We will continue to back these kinds of projects."