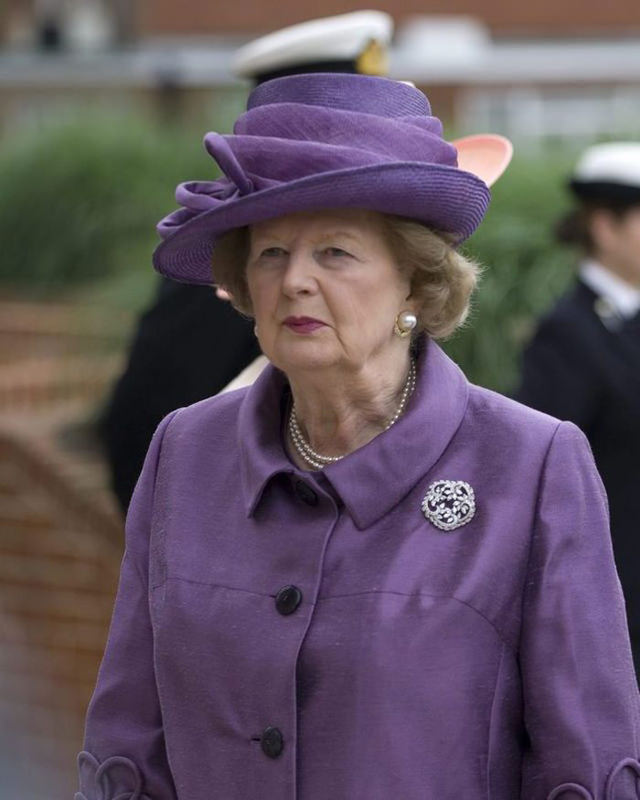 by Associated Press
Nov 04, 2015 12:00 am
Christie's is set to sell personal possessions of the late British Prime Minister Margaret Thatcher, including papers, mementos, clothes and her iconic handbags. The auctioneer said Tuesday that 150 lots will go under the hammer Dec. 15 in London, with a further 200 sold by online auction between Dec. 3 and Dec 16.

The items include a red leather ministerial dispatch box, an award from Thatcher's friend and ally President Ronald Reagan, her 1951 wedding outfit and an Art Deco emerald and diamond necklace by Chaumet, valued at between 120,000 and 180,000 pounds ($185,000 and $277,000). Branded "the Iron Lady" for her steely determination, Thatcher governed Britain between 1979 and 1990, transforming the country with her free-market policies. Her practice of berating ministers and lawmakers became known as "handbagging." Thatcher died in April 2013, aged 87, and the collection, valued at up to 500,000 pounds, is being sold by her family.