Cheating man wears chador to date, gets detained for ‘being suicide bomber’ 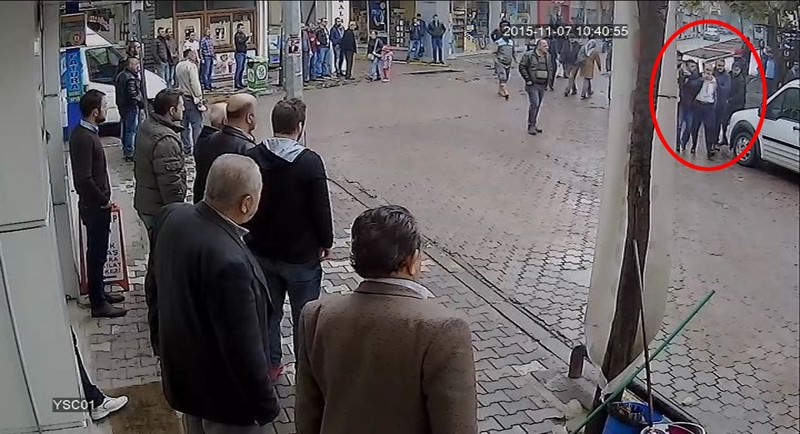 Onlookers watch as police detain man wearing a chador after causing 'suicide bomb' panic in Ordu,Nov 7, 2015. (IHA Photo)
by Daily Sabah Nov 07, 2015 12:00 am
A Turkish man wearing a chador- a traditional garment worn by Muslim women, was detained on Saturday after stand-byers at a bus stop in the northern province of Ordu reported to the police that he might be a suicide bomber.

Taking place in the district of Ünye in Ordu on Saturday afternoon, the peculiar event caused panic momentarily as people at the bus stop heard the man talking on the phone who was wearing a female garment, the chador.

Arriving at the scene shortly after being notified, police officers stepped in and took the 33-year old man's chador off before taking him to the district police headquarters for interrogation.

During the interrogation, the man said that he wore the garment in order not be recognized, as he was married and was actually on his way to meet a woman he had met on a social media site.

Charged for "causing fear and panic", the man named M.I., who was a gas pump attendant at a nearby gas station, was released after necessary proceedings.
Last Update: Nov 07, 2015 11:42 pm
RELATED TOPICS