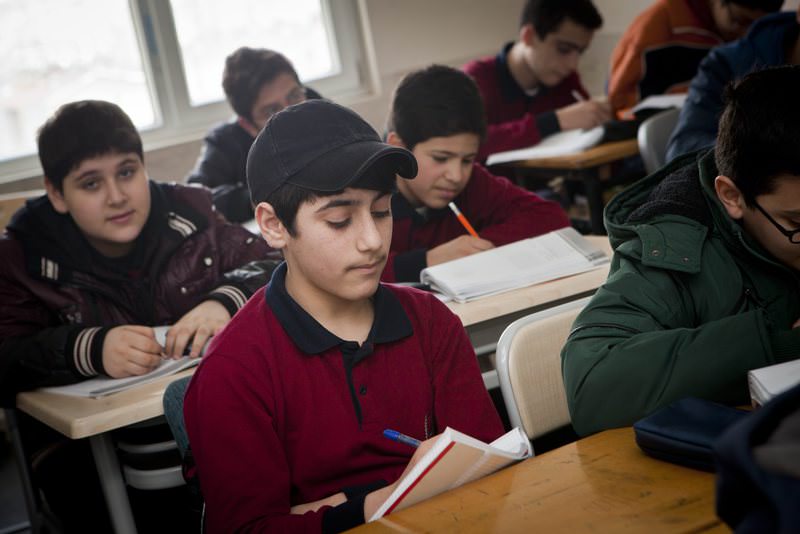 by Anadolu Agency Nov 10, 2015 12:00 am
Doctors Worldwide established a special mental health support team for 113 Syrian refugee students studying at İLAF School in Istanbul's Çapa neighborhood. Teachers observed that these students were struggling to develop relationships and communicate with their peers. When concerned teachers suspected some of the refugees were suffering from post-traumatic stress disorder symptoms, Doctors Worldwide conducted a survey and revealed that 66 percent of the students to experience high levels of unhappiness, stress, fear and anxiety.

The medical relief organizations organized 20 hours of training for nine Syrian teachers to help teach them how to identity students in need of psychological support. The survey included 60 female and 53 male Syrian students aged between 9 and 15. Speaking to an Anadolu Agency (AA) reporter, professor Vahdet Görmez of Doctors Worldwide said 66 percent of the students had lost a family member, while 84 percent worry about family members currently in Syria. Nearly 30 percent said they were subject to some form of mistreatment while leaving Syria. The survey showed that 77 witnessed bombing or gunfights.Among the students, 44 percent believed that the war will end, yet 33 percent said they would never go back home. Most of the students live with their parents in Istanbul. Görmez said these students experience loss of concentration, anxiety disorders, stress and depression.

"Most of them suffer from similar fears. They are afraid of losing their parents or living alone. They cannot forget what they witnessed in Syria and cannot control their anger. Many Syrian students keep themselves away from anything associated with trauma," Görmez said. Doctors Worldwide has designed a special program to combat post-traumatic stress disorder symptoms among Syrian students at İLAF School. "When they engage themselves with different activities like painting, games or group events, they both feel relaxed and forget their traumatic past. Group activities help them develop their problem-solving skills and get closer to other students. A decrease in anxiety has been observed among students who can face their fears," Görmez said. The organization's project has received good feedback both from school staff and student families. Syrian children, who learned different games at school, share the games with their siblings and mothers at home. Doctors Worldwide will continue the project at other schools with refugee students.
RELATED TOPICS