Get ready for a mud bath in Cappadocia inns 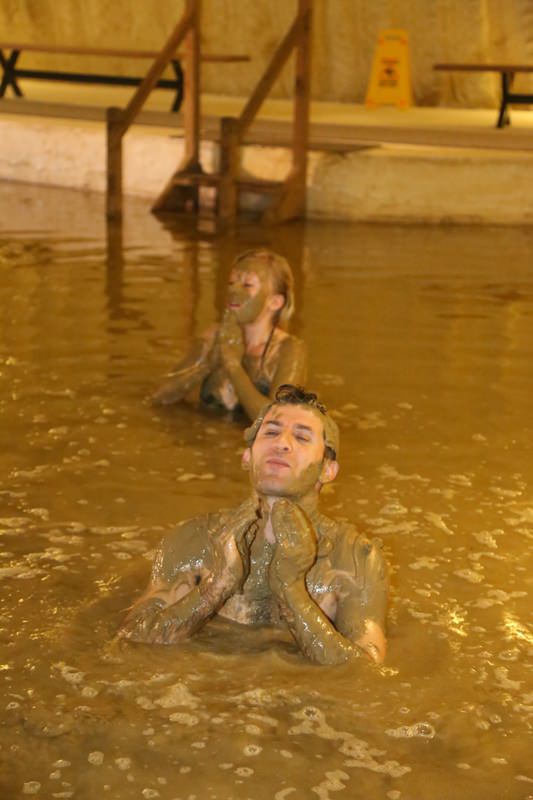 by Anadolu Agency
Nov 12, 2015 12:00 am
Scattered all over Cappadocia, fairy chimneys will not be the only attraction in the region, as new mud baths will draw tourists seeking beauty and health in nature. Turkey's first inn mud bath, formerly used as a storehouse, has opened its doors in Cappadocia's town of Ortahisar. Visitors will enjoy a mud bath under the supervision of physicians. Extending over an area of 2,000 square meters, the facility also has a hot pool, cafes and a shopping mall. Naturally carved inns in Cappadocia are a result of lava that emerged from Mount Hasan and Erciyes over 60 years ago. They are mostly used as museums or storehouses.

Taner Özkaradeniz, the facility's partner, said mud baths are an alternative tourism opportunity for Cappadocia. "Hot balloons, Sema events, safari tours and Turkish nights are very popular here. We thought that mud baths would be an interesting alternative. The Health Ministry approved our project," he said. The facility's owners began to search for an appropriate place for the past three or four years. The mud used in the baths is a certified type of mud commonly used for rheumatic diseases. "Aside from rheumatic diseases, mud baths are beneficial for cellulite, acne, eczema, as well as varicosis," he said. Mud baths attract around 1.5 million people in Turkey each year and the new facility is planning to host 200,000 tourists in the first year. "We do not differentiate between local and foreign tourists. Russian and European tourists generally prefer mud baths in Dalyan and Antalya. Cappadocia's tourist base is different. There are tourists from the far east who are highly interested in alternative treatments," he continued. The facility aims to diversify tourism trends in Cappadocia.