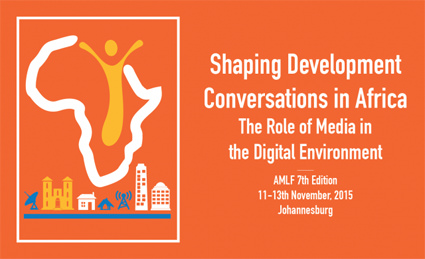 by Anadolu Agency Nov 13, 2015 12:00 am
Press freedom is still a major challenge in many African countries where journalists are often arrested and prosecuted for being critical of government officials, African media experts have said. Speaking to Anadolu Agency on Wednesday was Mohammed Adow, a senior correspondent for the Qatar-based Al-Jazeera network:

"Media freedom in Africa is struggling and in many countries there is absolutely no freedom of the media," said Adow, speaking on the sidelines of the Africa Media Leaders' Forum being held in Johannesburg, South Africa. He said there is still a lot of media censorship in many African countries where the political elite do not allow the media to report freely because they want to continue being in power.

"The terrorism law has now become very fashionable for African governments to use against journalists," he told Anadolu Agency.

Many media houses have been raided and shut down in some African countries for what is deemed critical reporting. Anton Harber, a journalist and now an academic at the University of Witwatersrand, believes media suppression exists in Africa because leaders do not want to be accountable to their citizens. "The function of the media in any democracy is to hold leaders accountable; this makes them uncomfortable," he said. He says journalists are being harassed, prosecuted, jailed and at times killed because of their work: "There have been five journalists killed in South Sudan this year," he told Anadolu Agency.

"Journalists should support each other in the endless fight for a free media. We in South Africa defend our freedom all the time and stop the government when it wants to interfere and limit our freedom," Harber added. South African human rights activist Ayesha Kajee said, while freedom of expression is protected in most constitutions on the continent, there are at the same time laws that limit media freedoms in those countries. "Some of the limiting laws date back to the colonial era which are now unfortunately being used by unscrupulous leaders who do not like being criticized, particularly if they are corrupt or want to remain in power for long," she told Anadolu Agency. Several leading African journalists and media owners have gathered in Johannesburg to attend the three-day forum, which will be addressed by South African President Jacob Zuma on Thursday.
RELATED TOPICS