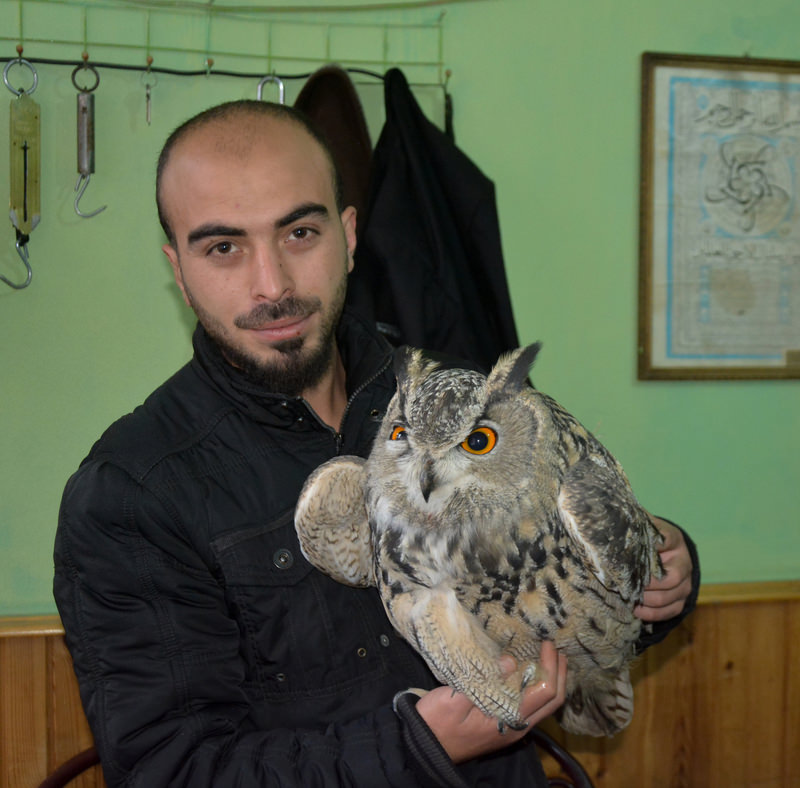 by daily sabah
Nov 13, 2015 12:00 am
A wounded owl found on the streets of Davulalan in central Sivas attracted villagers' interest with its 2-meter-long wingspan. Weighing 4.5 kilograms, the owl was sent to a vet by some local residents. Following the treatment, the owl was taken to the village's coffee house, where villagers wanted to take photos of the bird.

Faruk Şimşek, owner of the coffee house, said, "We call it an owl with ears. This is what we call this type of owl in the village. We will free it when it recovers." Saying that it was their first time seeing such a big owl, Şimşek said that owls come to the center of the village as the weather gets cooler and they cannot find enough food.