No one asks me out, I can’t get a date, Jennifer Lawrence says 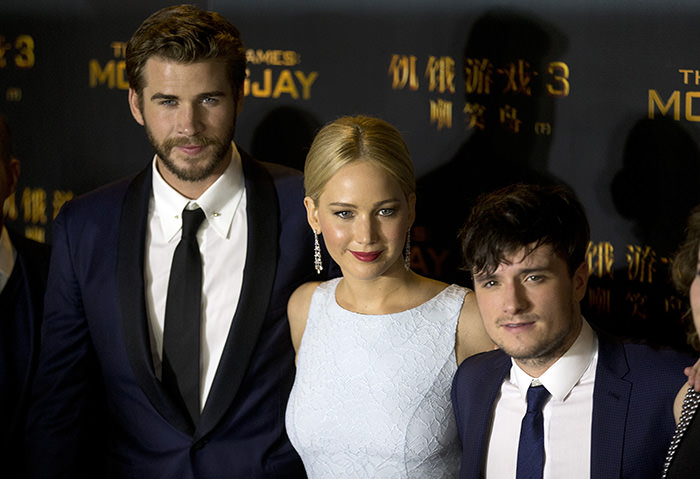 From left to right, Australian actor Liam Hemsworth, U.S. actress Jennifer Lawrence, and U.S. actor Josh Hutcherson (AP Photo)
by daily sabah
Nov 13, 2015 12:00 am
Oscar-winning actress and the famous star of The Hunger Games, Jennifer Lawrence, has expressed her frustration over finding love in a new interview published on the latest issue of US Vogue magazine.

Speaking about her difficulty finding a soulmate, "No one ever asks me out," the 25-year-old Jennifer Lawrence said.

"No one ever asks me out," she says. "I am lonely every Saturday night. Guys are so mean to me," she added.

"I know where it's coming from, I know they're trying to establish dominance, but it hurts my feelings. I'm just a girl who wants you to be nice to me. I am straight as an arrow. I feel like I need to meet a guy, with all due respect, who has been living in Baghdad for five years who has no idea who I am," the actress commented.

"I can't wait to be married," the actress said during the interview and added, "I feel like if I find that one person who I want to spend the rest of my life with, who I want to be the father of my children, that I would absolutely not f--k it up."

Lawrence's international fame began with her role as heroine Katniss Everdeen in the Hunger Games film series (2012–15). She is also the the highest-grossing action heroine as of 2015.
Last Update: Nov 13, 2015 2:57 pm