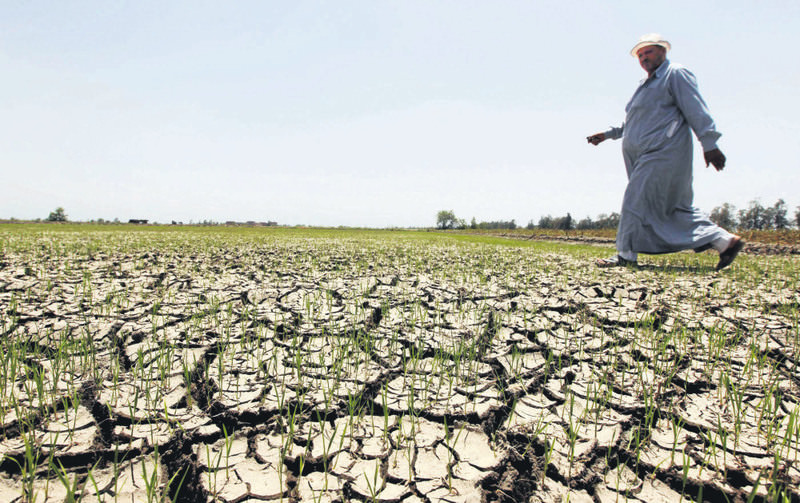 by Anadolu Agency
Nov 16, 2015 12:00 am
Donors, including the U.S., U.N. and China, are providing funds to aid victims of the severe drought that Ethiopia is suffering. About 7.5 million Ethiopians are starving as nearly six months of drought has made food scarce, according to Ethiopian government statistics. The El Nino climate cycle has raised the temperature of the Pacific Ocean resulting in reduced rainfall all across Africa. The Ethiopian Ministry of Finance and Economic Cooperation told Anadolu Agency on Friday that China had announced a donation of ETB 163 million ($7.7 million). The U.S. also announced food emergency assistance worth $97 million.

The eastern part of Ethiopia has been affected the worse. Ministry spokesman The U.S. Agency for International Development (USAID) said in a statement it would provide "more than 154,000 tons of emergency food to address the needs of approximately 3.5 million Ethiopians as well as refugees from Somalia, South Sudan and Eritrea, who have fled conflict in their own countries." The U.N. announced from New York that it released $17 million to be used in emergency relief efforts in Ethiopia. "The Ethiopian government has been delivering continuous assistance to affected regions in an effort to relieve the humanitarian crisis.