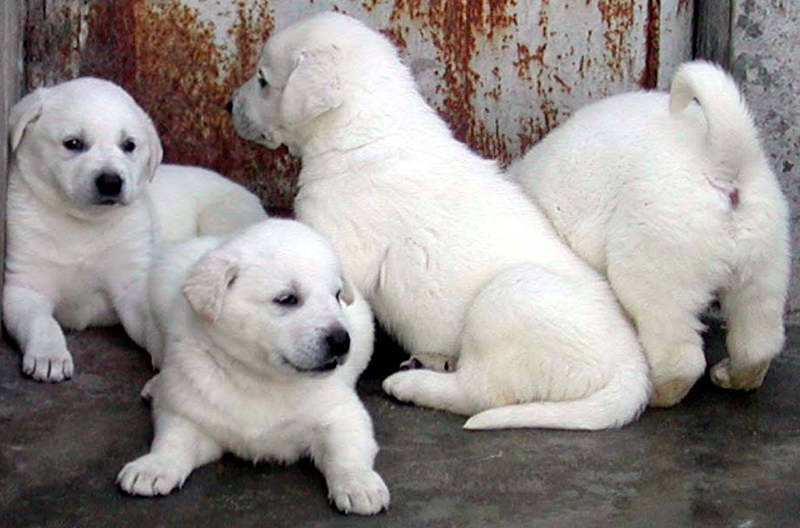 | File photo
by Anadolu Agency Nov 17, 2015 12:00 am
Anatolian shepherd dogs, Karabaş and Akbaş, which are mainly used as guard dogs for livestock in Turkey, will be sent to Yellowstone National Park in the U.S. next year to protect wildlife. Raised in the mid-western city of Balıkesir, Anatolian shepherd dogs are frequently sent abroad as part of international projects. They keep bears, wolves, foxes, leopards and weasels away from livestock in Turkish villages.

A unique breed of dog, both Karabaş and Akbaş are used around the world. In Namibia, they protect farmer's livestock as well as cheetahs, which are endangered. Speaking to Anadolu Agency (AA), Muhammet Karakoyun, the president of the Turkish Shepherd Dog Research, Production and Introduction Center, said they call them "lions." He said they sent have so far these dogs to Sweden, Russia, Canada, Mongolia and Namibia.

"In Canada and Mongolia, wolves used to damage animal herds and we sent our dogs," he said, adding that Yellowstone National Park has also requested the center to send Anatolian shepherd dogs to the park as part in a nature life protection project that will begin next year.
Anatolian shepherd dogs have also been effective at protecting herds threatened in Baltic countries and Sweden.

"We send these dogs to different countries around the world. They serve nature. Officials are highly satisfied by their skills. I am proud of them," Karakoyun said. When shepherd dogs are useD, then wolves and weasels are not killed by villagers. "Such predatory animals hunt other animals like mice and pigs. These dogs protect the natural cycle," he continued.

Aside from their protective skills, Anatolian shepherd dogs are also used for psychological therapy for children. "Our dogs are beneficial in providing psychological assistance to children who have difficulty adapting to society or are autistic. They have an important role in saving them from drug abuse. For the last 10 years, the center has conducted similar projects to either send them to national parks or help children," he said.

A large and powerful animal, the origin of the Anatolian shepherd dog dates back to more than 6,000 years ago. They are capable of enduring Turkey's harsh climate in the winter and the nomadic lifestyle of shepherds.