Even A-list celebrities are going wild over Adele: Stallone, Pharrell, and much more 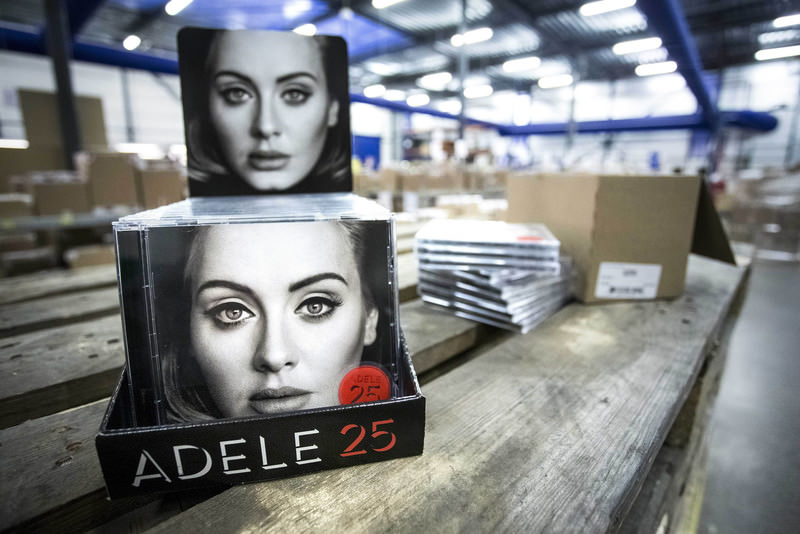 After a three-year hiatus, British singer and songwriter Adele came storming back to the music industry with her new single Hello from her upcoming album 25. Her song has opened up several emotional floodgates ever since it was released on Oct 23. Even A-list celebrities publicly declared their love for the 27-year-old while sharing their reactions to her much-awaited comeback, which ranged from screaming to right out crying.

If you think you were an Adele super fan, then think again because John Legend, Sylvester Stallone, Edie Falco and Selena Gomez have a lot to say about the golden-voiced pop star, who is releasing her new album, "25," on Friday.

"I don't think I've met someone who is not an Adele fan, to be honest. How can you not be? I am looking forward to her album. I think she's such an incredible, special artist. She does what she wants to do and she has her own life, is able to live it, and she lets everybody focus on the music which is what it's all about."

"There is just no precedent for Adele. There's no comparison for Adele. She came out of apparently nowhere and is tremendously gifted. She plays only by her own musical rules. Just when you think you know what's going to happen, she drops the perfect opening single. She is Adele it's as simple as that."

But how does she fit in a Baz Luhrmann film? "Any role she'd like."

"I've always been a fan of hers. She's just amazing, incredible, marches to the beat of her own drum such a groundbreaking artist, tried and true and the world needs more of 'em, you know? So go Adele!"

"I haven't heard the album, but the single is beautiful. She's Adele and she's going to do something beautiful every time."

Kelly Osbourne: "Excuse me (she starts singing 'Hello.') Who hasn't heard that song? She's got a voice with the cadence that when she really goes for it warms your soul hearing it and you can't not want to sing along. I feel what she's feeling and I think that's what's so special about her."

Sharon Osbourne: "I tell you we've been counting down the days for this album to come out."

"Her voice is powerful. I've always been fascinated with it, and always imagined me and her collaborating. What better way to enjoy one of her newest records and put my spin on it?" said Ross, who remixed "Hello."

"I hope she heard it, and hopefully she likes it. If not, then you know, maybe we can meet in the future. It was a beautiful record, maybe one of the most powerful we may see in this time frame of music."

"Adele can do no wrong. That's all I will say. Yeah. ...She's given some props to some Nashville songwriters, which I thought is really cool. I think Chris Stapleton has an Adele cut even. So good for her, yeah."

"She's phenomenal. She's a great singer and makes great songs and she's one of the best artists out right now. I'm happy for her and her success, and looking forward to hearing her album."

"I do love Adele. She really is a very unique talent, so I would say I am excited."

"I haven't heard it yet, but I'm looking forward to it. I liked her last record quite a bit. And I think she's really an amazing singer."