More than half of Amazon tree species at risk of extinction 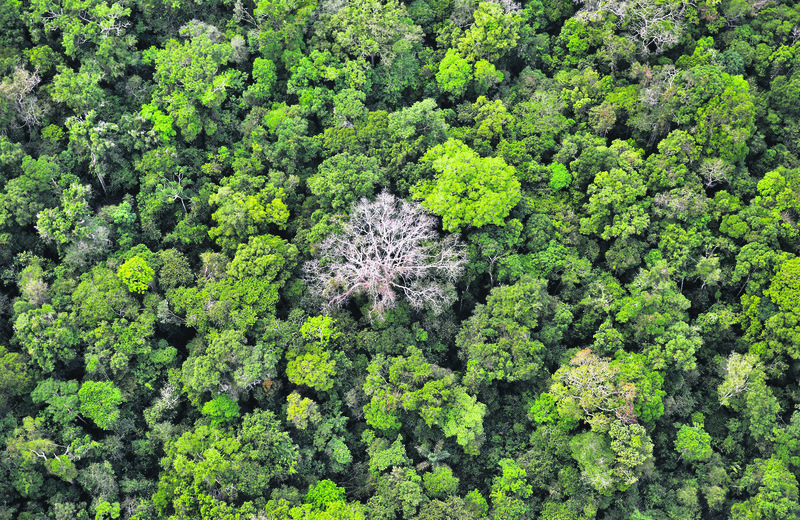 by Nov 24, 2015 12:00 am
South America's vast Amazon region harbors one of the world's most diverse collection of tree species, but more than half may be at risk for extinction due to ongoing deforestation to clear land for farming, ranching and other purposes, scientists say.

Researchers said on Friday that if recent trends continued, between 36 and 57 percent of the estimated 15,000 Amazonian tree species likely would qualify as threatened with extinction under criteria used by the group that makes such determinations, the International Union for Conservation of Nature. The study covered roughly 2.1 million square miles (5.5 million square km) spanning Brazil, Peru, Colombia, Venezuela, Ecuador, Bolivia, Guyana, Suriname and French Guiana. The researchers analyzed Amazonian forest surveys and data on current and projected deforestation areas.

"Many of the species that we suggest may be threatened are used by Amazonian residents on a daily basis, and many others are crucial to Amazonian economies," conservation ecologist Nigel Pitman of the Field Museum in Chicago.

These range from wild populations of economically important food crops like the Brazil nut, acai fruit and heart of palm, to valuable timber species, to several hundred species that Amazonian residents depend upon for fruits, seeds, thatch, medicines, latex and essential oils, Pitman said.

The trees also are important in their ecosystems for erosion control and climate moderation, Pitman said. "Scientists have been raising the alarm about Amazonian deforestation for several decades, and projections indicate that forest loss will continue for the foreseeable future," said forest ecologist Hans ter Steege of the Naturalis Biodiversity Center in the Netherlands.

"The good news is that over the last 10 years the rate of forest loss in the Amazon has dropped dramatically."

Amazonian forests have been shrinking since the 1950s as people cut and burn areas for farming, ranching and development. Until now, there has been no reliable estimate of how many tree species were threatened with extinction.

"Yes, the threats are daunting, but it's important to remember that more than 85 percent of forests in the greater Amazon are still standing," Pitman said. The researchers said Amazon parks, reserves and indigenous territories, if managed well, should be able to protect most of the threatened species. Previous research found Amazon forests already have dwindled by about 12 percent and will decline up to another 28 percent by 2050. The research was published in the journal Science Advances.