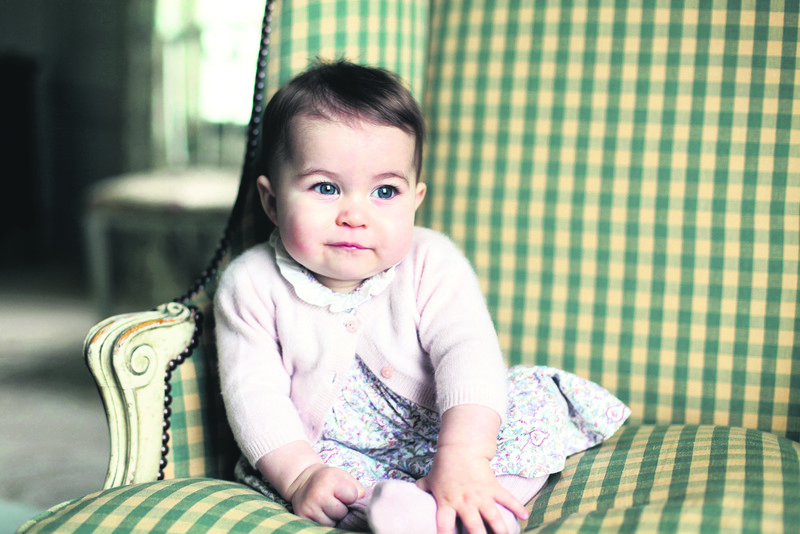 by Dec 07, 2015 12:00 am
A small Spanish fashion label has been swamped with demand for Princess Charlotte's floral dress, its owner told AFP, after the British royal baby was pictured wearing one of its frocks. Charlotte, the second child of Prince William and his wife Kate turned 6-months-old on Nov. 2 and Kensington Palace has issued fresh photographs of the youngster, taken in early November, to mark the occasion.

The pictures, released on Sunday, show the princess, who is fourth in line to the throne, sitting in a chair and playing with a teddy bear. The pictures were taken by her mother Kate, the duchess of Cambridge. "We don't know how she got the dress," said Margarita Pato Cid, the owner of M&H, a family boutique brand. "We found out that Princess Charlotte was wearing it at the same time as the public, through the photos. "We think it's possible, but we're not sure, that it's thanks to the nanny of William and Kate's children," she said, referring to Maria Teresa Turrion, who is Spanish and looks after Charlotte and her 2-year-old brother Prince George. The dress, which costs 29.95 euros ($32.50), sold out in quick time after the Charlotte pictures were published. The brand, which is not sold online, now has a lengthy waiting list for the dress, mainly from British and U.S. customers, its owner said.
RELATED TOPICS