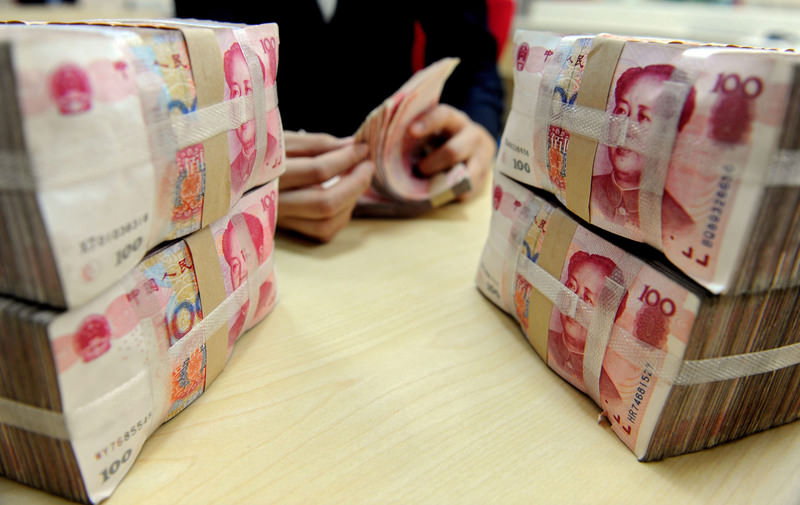 A file picture dated 13 January 2010 of a bank teller counting renminbi bank notes in Shenyang, China. (EPA Photo)
by Daily Sabah Dec 08, 2015 12:00 am
Imagine being a banker who had to count a customer's 5 million old, moldy yuans ($780,000) and then halfway through the counting process being left with a broken bill counter.

Well, in China a Chinese man surnamed Li, collected the yuans he had saved over the years and brought them to the Agricultural Bank of China to open an account.

According to South China Morning Post, Li brought in 5 million yuan -which were all crumpled, damp and moldy banknotes- stuffed into eight bags.

The bill counters took approximately seven hours, from 1 p.m. to 8 p.m., and one unit broke down amid counting.

Reportedly, the bank staff had to use hairdryers to dry the some of the notes because the dampness made it impossible to separate the notes from each other.

Back in May this year, a monk in Shanghai who came to buy water heaters made his payment to the store in more than 200,000 coins. Taking 13 hours to count, the money weighed 716 kg.