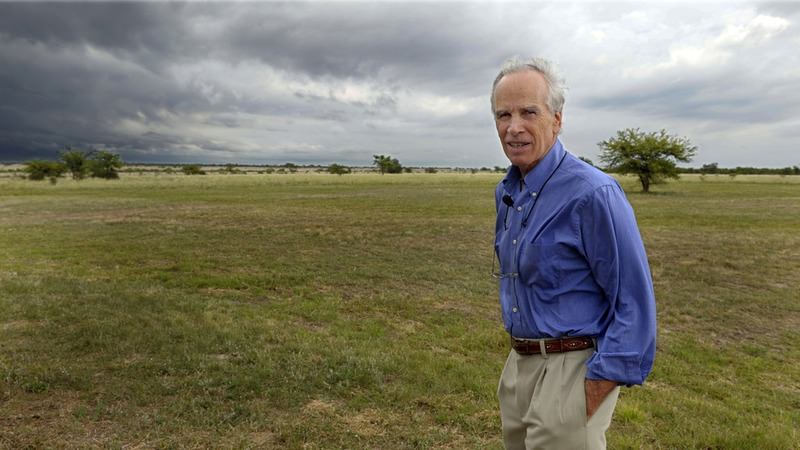 Douglas Tompkins poses in his property in Ibera, near Carlos Pellegrini in Corrientes Province, Argentina in 2009. (AFP Photo)
by Dec 09, 2015 12:00 am
U.S. billionaire Douglas Tompkins, co-founder of the North Face outdoor clothing brand, has died of hypothermia after his kayak capsized in a near-freezing lake in Chile's Patagonia region, the government said.

A prominent conservationist and philanthropist, the 72-year-old was kayaking with four other Americans and a Mexican on Lake Carrera in southern Chile, the health department of Chile's Aysen region said.

Violent winds whipped up waves that tossed them all into the cold water, it said.

When rescued with the rest of the group by a Chilean navy ship, Tompkins' body temperature was 19 degrees Celsius (66 Fahrenheit), the regional health department said. He was flown by private helicopter to the hospital in the town of Coyhaique where he died Tuesday.

"Doug was a hero to so many of us," said Michael Brune, executive director of the US environmental group Sierra Club, who had known him for about a decade.

"He pushed the boundaries not just as a businessman and an explorer, but he also pushed a lot of environmental groups to be more bold and ambitious," Brune said.

"He had a great impact. We'll miss him a lot," he told AFP on the sidelines of a UN conference in Paris where 195 nations are haggling furiously in a race to secure a climate-saving pact by a Friday deadline.

Tompkins would have been frustrated at the slow pace of action in Paris, Brune said.

"If he were here, he probably would be telling the delegations to shut up and get an agreement that matches what the world needs," he said.

Tompkins founded the American outdoor clothing and camping label The North Face in 1964 with a partner.

Four years later he helped his first wife, Susie Tompkins Buell, establish the clothing brand Esprit and grow it into a big business before their divorce in 1989.
Last Update: Dec 09, 2015 9:17 pm
RELATED TOPICS