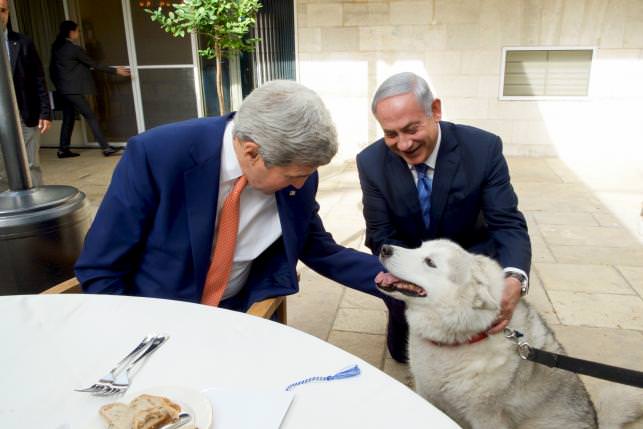 Israeli Prime Minister Benjamin Netanyahu (C) stands next to his recently adopted dog Kaiya during his meeting with U.S. Secretary of State John Kerry (rear
by Dec 11, 2015 12:00 am
Prime Minister Benjamin Netanyahu's recently adopted dog Kaiya has sunk her teeth into her new position, biting two visitors at an event on Wednesday, including the husband of the deputy foreign minister.

At a candle-lighting ceremony to mark the Jewish festival of Hannukah, the 10-year-old mixed breed also took a snip at a member of parliament from Netanyahu's Likud party. 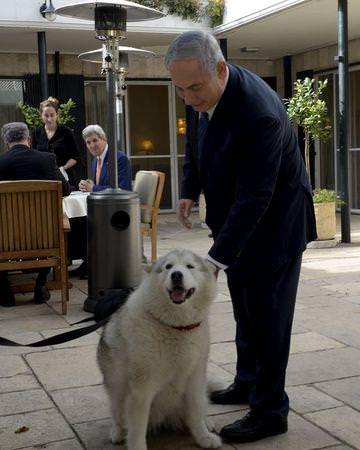 Netanyahu's son took the dog in from a rescue home earlier this year. The prime minister posted a picture on Twitter in August urging dog-lovers to seek out adult canines to adopt, saying "You won't regret it!".

Kaiya has met several dignitaries, including U.S. Secretary of State John Kerry. Kerry is believed to have escaped unharmed.