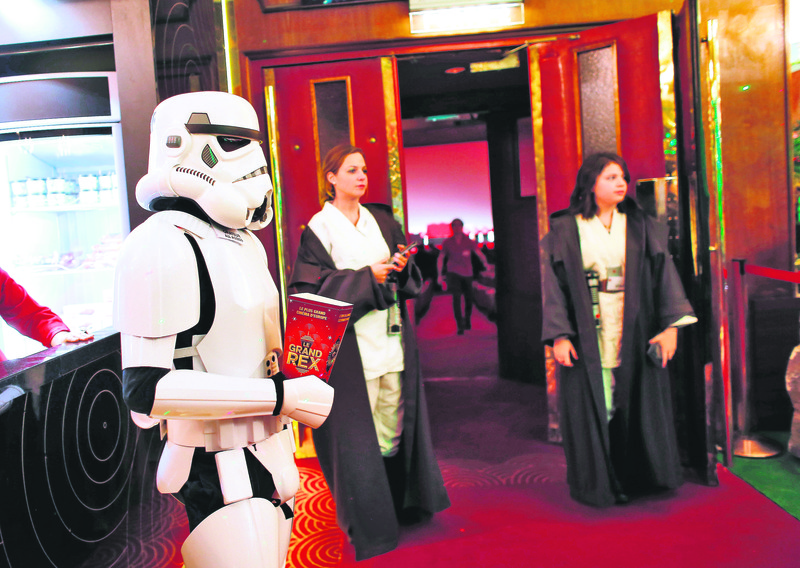 by Daily Sabah with Wires Dec 16, 2015 12:00 am
With Stormtroopers and lightsabers, Disney's much-anticipated "Star Wars: The Force Awakens" made its debut with a star-studded premiere on Monday. What is interesting is that the movie's release had a booming effect on the number of people joining the Church of Jedi-ism. The Telegraph reported that more than a thousand new members join the church a day.

Describing themselves "as set of philosophies based on focusing, learning and becoming one with the Force," Jedi-ism emerged as a joke in 2011 but now the church is said to have 250,000 followers. "It's gone up substantially in the past couple of days," says a member of the UK church's ruling council. The real test will be in a couple of weeks when the film hype has died off," according to Patrick Day-Childs, a member of the church's UK ruling council.
RELATED TOPICS