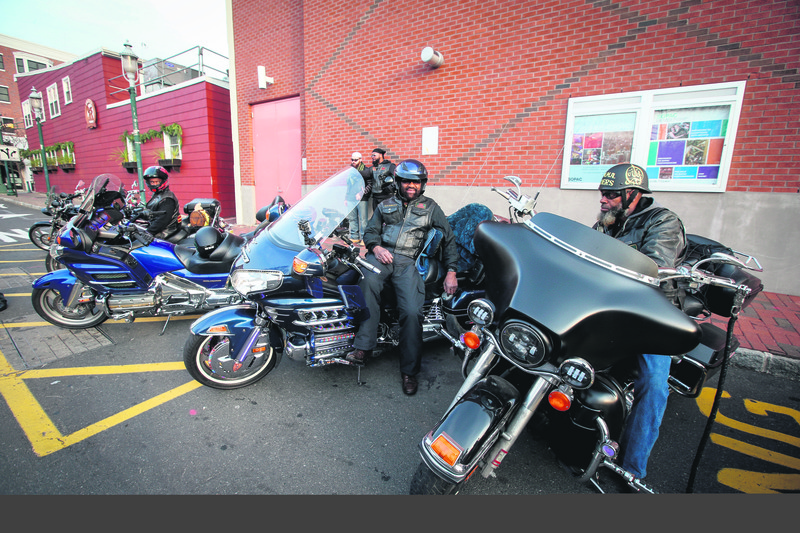 by Anadolu Agency Dec 17, 2015 12:00 am
Certain American motorcycle groups have been featured by the media due to violent incidents and gang activities, yet United Muslim Bikers (UMMA), based in Los Angeles, California, helps local people in need to react in a positive way against Islamophobia around the country. The UMMA members try to create good relations with people in different cities, and offer their help when they have problems or need someone for an urgent situation. El-Hajj Yusuf Muhammad, the head of UMMA, said some motorcycling groups exhibit unfavorable behaviors but UMMA does the opposite. "We do not use drugs, abuse women or drink. We only follow our principles," he said.

"Not matter if whether you are Muslim or not, all people are responsible for each other. We believe in behaving in a good manner and displaying attitudes to people in such a way that they are better than we show ourselves," he said. UMMA is known for their logos reminiscent of military decorations. Describing their Muslim identity, the green-color logo features a Kaaba figure in an octagonal star symbol, which is frequently seen in Turkish-Islamic art. Muhammed said the group aims to introduce the real beauty of Islam to others.
RELATED TOPICS