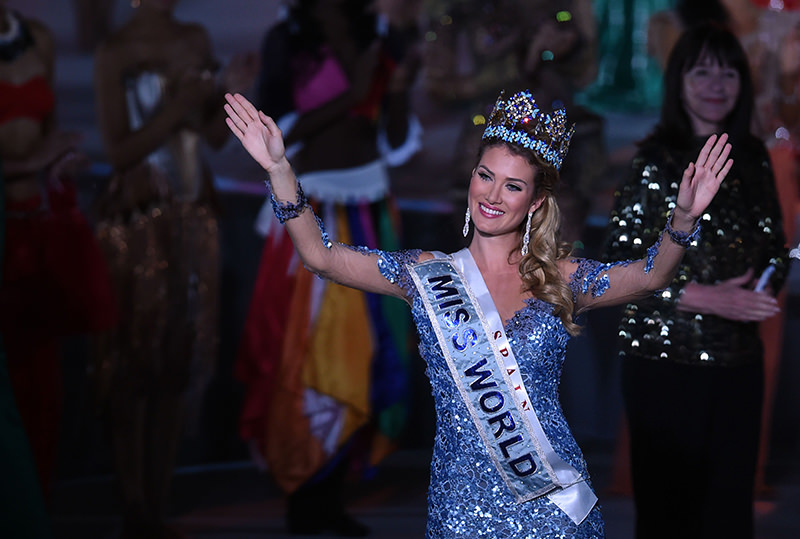 Mireia Lalaguna Rozo of Spain waves after winning the new title at the Miss World Grand Final in Sanya, in southern China's Hainan province on December 19, 2015. (AFP Photo)
by Associated Press
Dec 19, 2015 12:00 am
Spain's Mireia Lalaguna Royo was named the winner of the Miss World 2015 competition Saturday night in the southern Chinese island resort of Sanya, an event dogged by controversy over China's refusal to allow Canada's entrant to attend.

Sofia Nikitchuk of Russia was the runner-up and Indonesia's Maria Harfanti took third place in the final following a lengthy competition featuring 114 women.

Each had won the right to represent their country in a series of local and regional competitions.

The victory marked the first-ever win for a Spanish contestant.

Lalaguna is a 23-year-old model from Barcelona with a degree in pharmacology who plans to pursue a master's degree in nutrition. She placed first in the competition's top model contest and appeared to impress the judges with her public speaking.

Not present was Miss Canada, Chinese-born Anastasia Lin, who had been prevented from boarding her connecting flight to Sanya from Hong Kong last month after China refused her a visa.

Lin is an outspoken critic of Chinese religious policy and a follower of the Falun Gong meditation practice, which was outlawed by China in 1999. 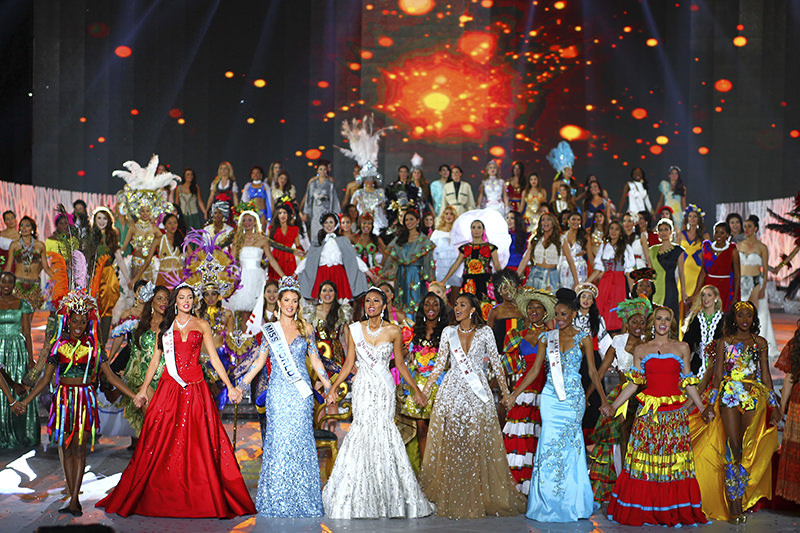 She said that after she won the Canadian title, Chinese security agents visited her father, who still lives in China, in an apparent attempt to intimidate her into silence.

China has hosted the competition seven times, starting in 2003, part of its attempts to project a more modern, outgoing image. However, the controversy over Lin's attendance illustrates the authoritarian communist government's determination to do so on its own terms, regardless of the cost to the country's reputation.

Neither Beijing nor the London-based Miss World Organization has commented on the controversy.

It was the second consecutive year that outside events intruded on the competition. Last year's contest in London was marred by the murder the month before of Miss Honduras and her sister in that country.