Gazan handcrafts under blockade, too 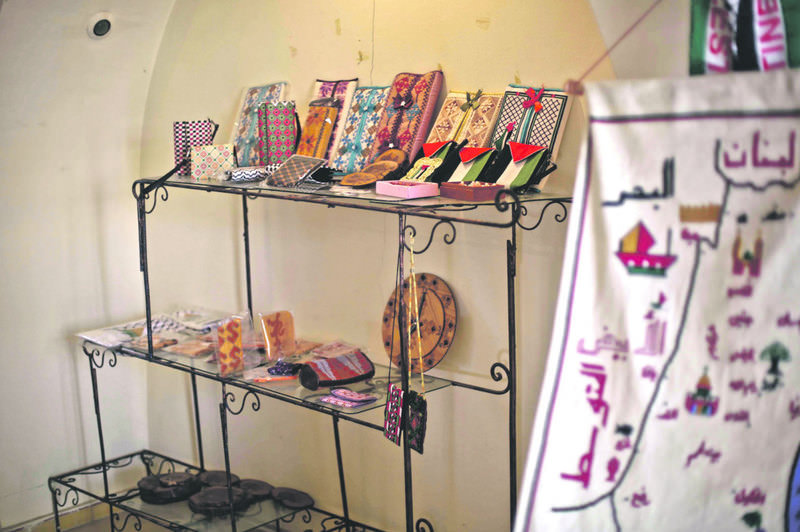 by daily sabah Jan 01, 2016 12:00 am
The Gaza Handcrafts Center celebrates the cultural heritage of Palestine; however, it does not see many visitors nowadays. Before the blockade was imposed on Gaza by Israel nine years ago, the center had hundreds of domestic and international visitors.

Manager Nihad Segelih said the center is composed of four different rooms where works of copper, embroidery, carpet and wood engraving are displayed. "Before the blockade, visitors flocked to the center, but now we have hardly a visitor a day," Segelih added. Founded in 1998, the center's main objective is to preserve Palestine handcrafts, history and culture. Despite harsh living and financial conditions, the center does not want to close its doors in order to keep Palestinian identity alive.

Cuma Zeim, 60, who works in the room where copper works of art are showcased, said people used to get in line outside the entrance, but the conditions in Gaza, the Israeli attacks and the dispute among Palestinian groups overshadow the center's importance.

Israel began the blockade of Gaza following the Hamas election victory in 2006. They have restricted the entrance of food and construction material into Gaza. Despite international reactions, Israel has continued the blockade for the last nine years.
Last Update: Jan 01, 2016 1:03 am
RELATED TOPICS