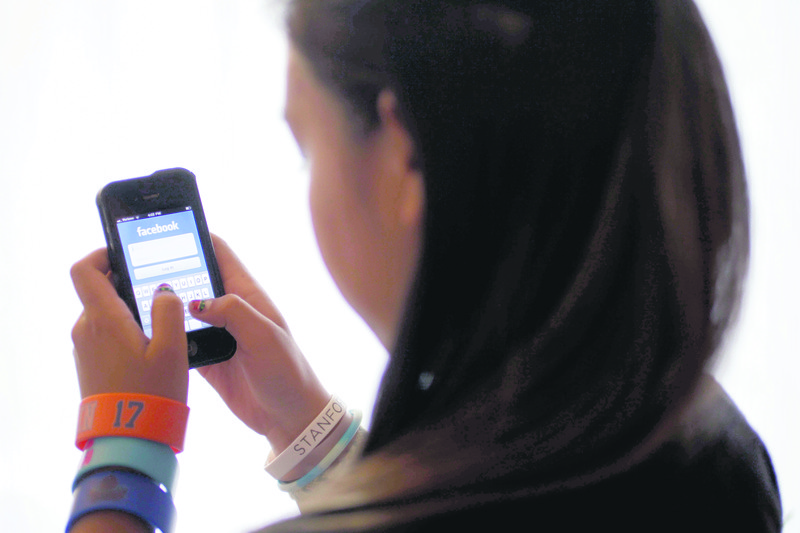 by Anadolu Agency Jan 05, 2016 12:00 am
Every one in three Turkish youth aged between 15 and 29 spend at least three hours on social media, a survey conducted online by the Youth and Sports Ministry revealed. Conducted among more than 2,000 participants in 26 different cities, the survey "Social Media and Youth" examined the attitudes of young people as well as their parents toward social media. The survey demonstrated that 40 percent of the participants' mothers are also social media users, while the figure rises to 47 percent in the number of fathers.

Considering the frequency of social media use, 72 percent of youth use social media a couple of times a day. Facebook is the most preferred social media platform according to 89 percent of youth in the same age group, followed by YouTube and Instagram. Twitter is also among the most preferred social media platform for young people. More than 40 percent of the participants use Twitter. Around 60 percent of students and 49 percent of graduates of higher education share posts on Twitter. With 57 percent, the Aegean region is where Twitter is most preferred among young people followed by 52 percent in Istanbul. The figure decreases to 33 percent in the eastern and southeastern regions. The survey was conducted by Levent Eraslan of in Kırıkkale University's Faculty of Education. Eraslan said spending excessive time on social media negatively influences face-to-face communication and interaction skills. He added that youth must spend time communicating face-to-face at school and in their social environment.
RELATED TOPICS