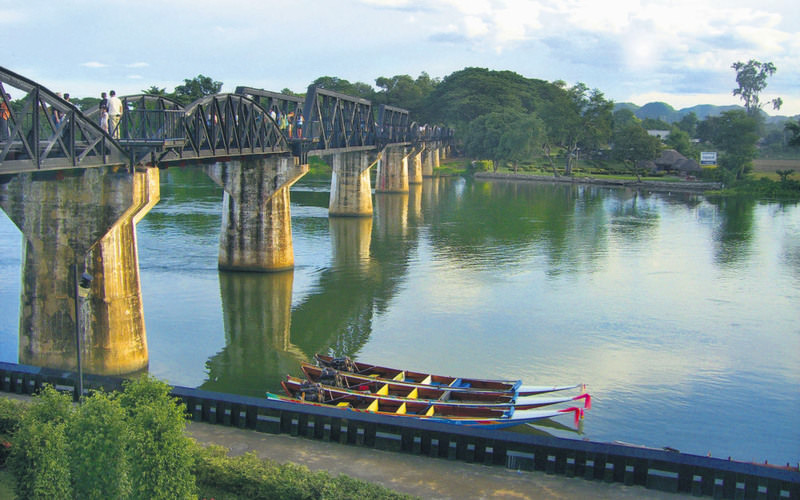 by Anadolu Agency Jan 06, 2016 12:00 am
Myanmar opened a new museum Monday to commemorate the suffering and achievement of tens of thousands of civilian laborers and prisoners of war forced by the Japanese imperial army to work on what became known as the 'Death Railway' during World War II.

The museum compliments three museums in neighboring Thailand dedicated to those who perished building the railway that stretches from Myanmar's Thanbyuzayat in southeastern Mon state to Kanchanaburi, from where the 415 kilometer route began.

"We open the Death Railway museum today, but it will take one more year to complete the construction of the entire project," said Min Banyar San, the head of Talamon Company, chosen by Mon's Civil Development Committee to construct the museum and park.

When completed, the project will include the museum, a hotel, shopping mall, swimming pool, souvenir shop, wedding hall, parking lot, restaurants and a playground.

The museum will display historic photographs, paintings, sculptures and 3-D images capturing the daily life of Allied prisoners, as well as silicon statues of prisoners of war and Japanese soldiers.

In 1943, the occupying Japanese imperial army forced more than 120,000 Allied prisoners of war and locals to construct part of the line in Mon state to support its forces during the Burma campaign of World War II.

At least 180,000 people died while building the route linking Thanbyuzayat to Kanchanaburi - the home of the infamous bridge over the River Kwai.

A nearby gravesite in the town of Thanbyuzayat houses several thousand victims of the Death Railway project.

Construction of the railway was the subject of the award-winning film "The Bridge on the River Kwai" and recent movie "The Railway Man," which highlights the barbaric conditions and suffering inflicted on the workers.
RELATED TOPICS