In congested Istanbul, 2 companies get goods to you fast 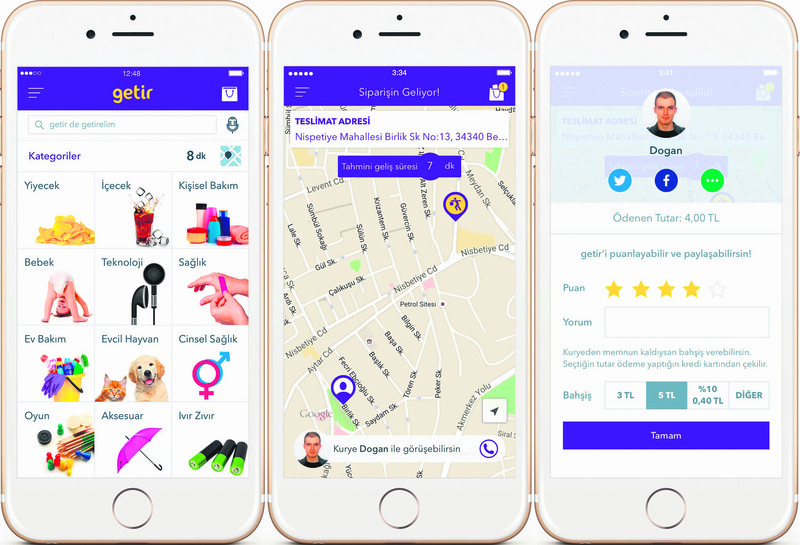 Elvin Tuygan, 45, a consultant in Istanbul, has a busy schedule. Her frantic lifestyle leaves her very little time to shop in person. Instead, she has become one of thousands of Istanbulites who have picked up their smartphones to rely on recently introduced on-demand shopping services. She tells Anadolu Agency, "I was going to attend a meeting that would last all day but I realized that my cellphone was on low charge. "So, I ordered a recharger from Kapgel [one of the city's on-demand delivery services]. They bought it and brought it to me."

The popularity of this new service has seen the launch of at least two on-demand delivery firms: Kapgel [Grab&Bring] and Getir [Bring] in Istanbul alone. These firms use innovative business models to meet customers' needs in a short period of time in mega city Istanbul where going from point A to B it costs a great amount of time due to traffic jams and the ever-expansion of the city.

Both firms have different approaches but both quickly meet people's immediate needs and offer a wide spectrum of products ranging from foodstuffs to home technology. 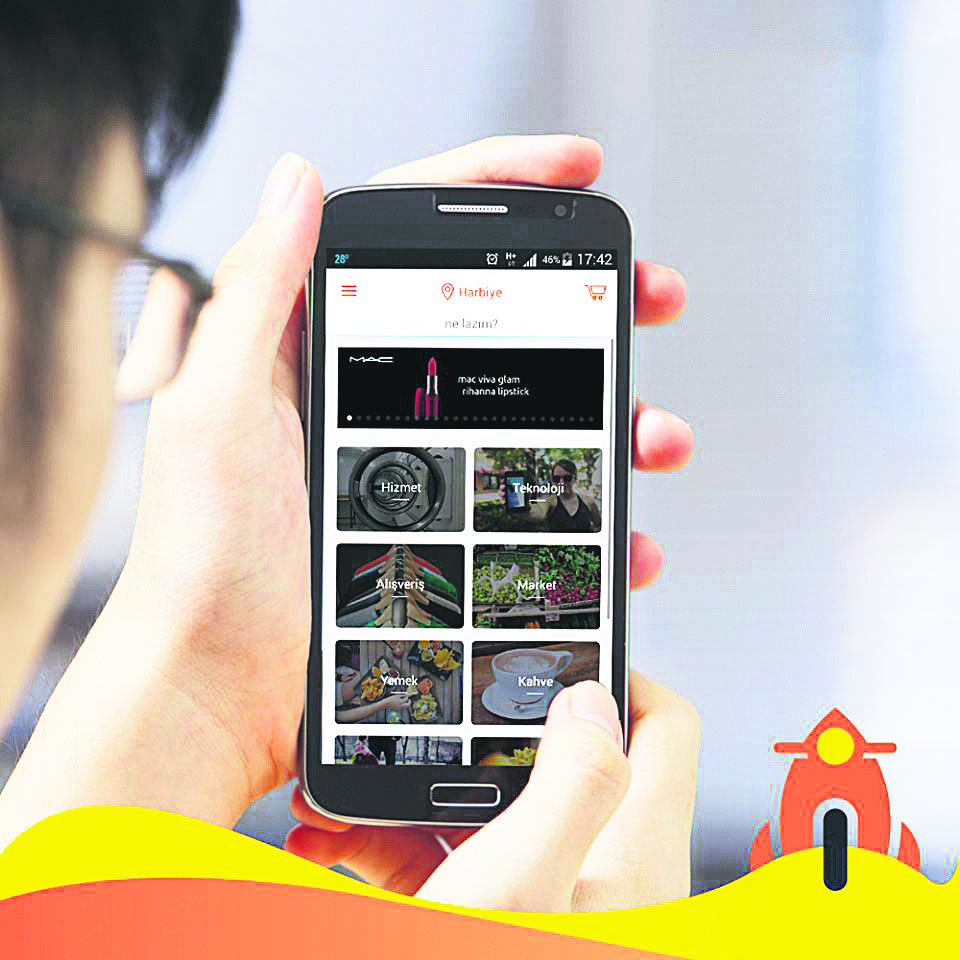 Çetin Öztoprak, 30, the founder and CEO of Kapgel, told Anadolu Agency that his firm had a target demographic of business people aged between 25 and 44.

"Think of a person in Maslak [a white-collar district]. That person earns a lot but has little time. We also target people who cannot go out [for shopping]."

Öztoprak founded his company in June 2014 as a layer between consumers and markets, instead of introducing a standalone service.

Consumers had the option of fast shipping through Kapgel while finalizing their orders on online stores.

"Our initial aim was to deliver products in a short period of time," Öztoprak said, adding that, over time, they opted to introduce a particular service to target consumers directly.

The company introduced its standalone program in April 2015, which attracted an initial investment of $500,000 two months later.

Kapgel's mobile application offers a wide range of products from different supermarkets or grocers, leaving the consumers' loyalty to a particular retailer intact.

It is the consumer's choice to select products and create a basket so that a delivery person can actually buy those items from the desired markets and deliver to the consumer within the hour for a fee of 5 TL ($3). "We provide services, not products," Öztoprak stresses. Kapgel keeps no stock and employs part-time delivery people. "Delivery-guys are not employed by us. We have as many couriers as we need. Some of them are part-time and some of them are on contract," says Öztoprak. 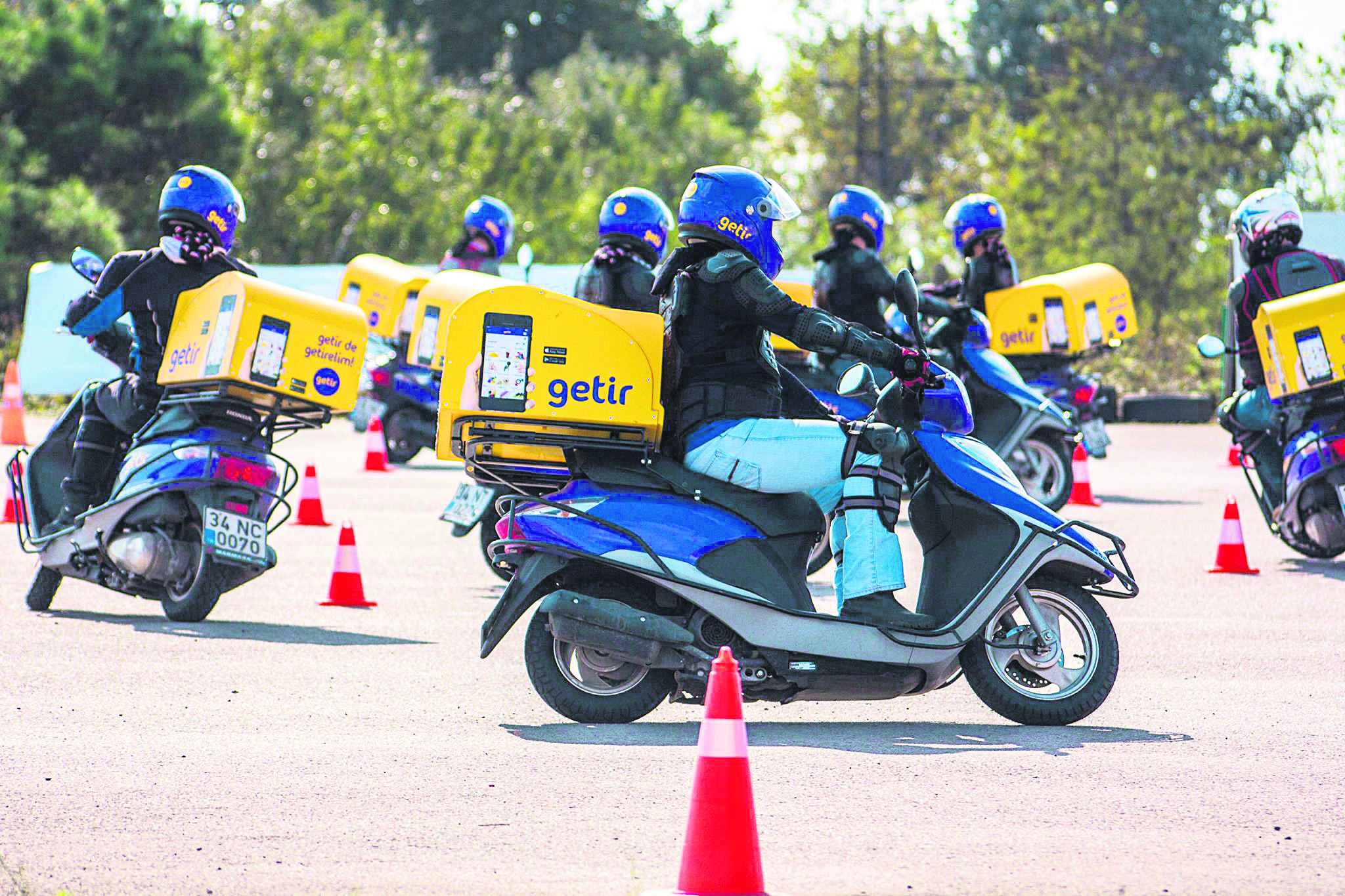 Nazım Salur, Getir's CEO, told Anadolu Agency that they employed at least 350 people for this delivery business. "We only say that we deliver products quickly. Our mean time to hand over products is 9 minutes and 6 seconds," he says. Getir has 23 storehouses with an additional 51 mobile inventories. Initially, they offered more than 200 products, but this total now exceeds 300 items. "We know what stores have all the time. In fact, when you open our mobile application, you review what the nearest inventory has. You select products from among them," Salur says.

Unlike Kapgel's charge for services, Getir seemed to prefer adding costs to products. Also, it has a minimum shopping total of 15 TL [$5] before it can deliver an order. Despite their differences in providing services to customers, both firms have claimed quick growth. Kapgel's CEO Öztoprak said since last June, his firm grew by 7-10 percent each week. Getir's founder said at least 400,000 people downloaded the company's application to their mobile devices since last July. With such growth, both men are eyeing potential Turkish markets in Istanbul and beyond.

Öztoprak said his company would cover many areas of Turkey's largest city, a metropolis of 15 million people: "In 2016, we aim to cover all areas in Istanbul," he adds. He believes he can apply his business model in Kayseri [an industrialized city in central Anatolia] and elsewhere in the country.

Getir's CEO Salur claimed Getir provides services to 90 percent of Istanbul's population. However, Salur is looking to foreign countries to expand his business instead of domestic markets. "Our investment is not small. We plan to spread to the United States. We have been talking to foreign companies about this," Salur said.

Getir stressed his firm's difference from Postmates, a U.S. delivery service which has been operating since 2011, saying that the latter uses personal assistants. "We have a completely different offer. We provide services seven days a week and 24 hours a day with our own products, our own delivery personnel and vehicles," Salur says.

Halil İbrahim Zeytin, CEO of Istanbul-based Akademetre Research and Strategic Planning, told Anadolu Agency that these on-demand options are new for Turkish consumers. "These services are in demand especially in big cities like Istanbul and Ankara because distance and speed are crucial for people. "They want to get things done within a short period of time," Zeytin said. However, he stressed that these services would not find a suitable environment in other cities for growth. "In Anatolian cities, shopping is a part of socialization. It could be difficult for these companies to become in-demand in Anatolia," Zeytin says. Our busy shopper, Elvin Tuygan, agrees with Zeytin on whether these companies can stay relevant for long.

"[They can be successful] as long as the right masses are aware of these services," she says.
RELATED TOPICS