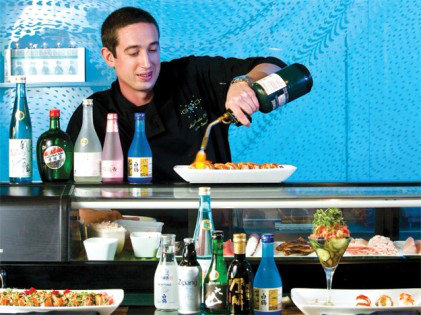 by Anadolu Agency Jan 12, 2016 12:00 am
Engin Onural, 27, a Turkish sushi chef running a restaurant in the U.S., has gained fame on the Best Chefs of America's (BCA) 2015 list. In a statement to an Anadolu Agency (AA) reporter, Onural said he has been working hard to become a prominent chef for the last 10 years.

"This award is special for me. I always see myself as a volunteer culture ambassador between the U.S. and Turkey. I have tried my best to represent Turkey here," he said, stressing that the award boosts his motivation. His restaurant "The Venue" located in Palm Desert, Los Angeles was previously named the best sushi restaurant of 2011, 2012, 2013 and 2015.
Last Update: Jan 12, 2016 1:19 am
RELATED TOPICS