20,000 caretta carettas swam out to sea from single beach in Turkey 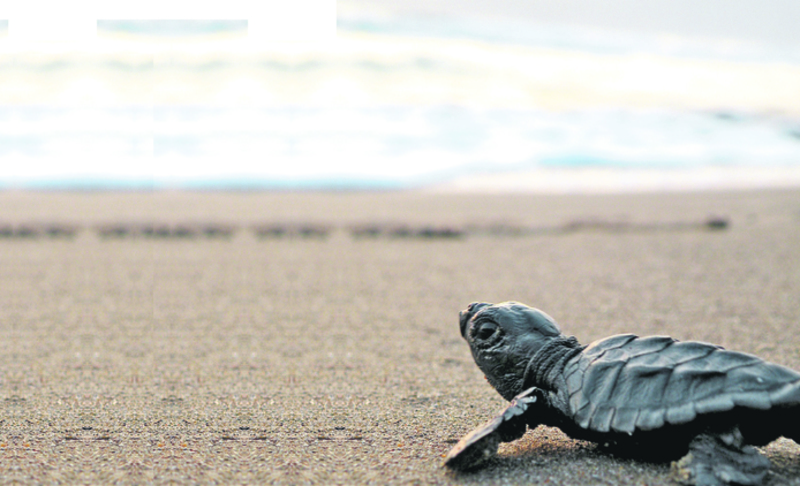 by Daily Sabah with AA Jan 14, 2016 12:00 am
More than 20,000 baby loggerhead sea turtles released to the sea throughout 2015 from Muğla's İztuzu Beach, the breeding ground of loggerhead sea turtles. As part of the protection project conducted by Pamukkale University and the General Directorate of Protecting Natural Heritage under the Environment and Urban Development Ministry, 28 loggerhead sea turtles received treatment, and 12 of them were released to the sea following their treatment. "Thirteen caretta carettas died and some others are still under treatment," said Professor Yakup Kaska, the head of the Caretta Caretta Research, Recovery and Rehabilitation Center (DEKAMER).

Kaska added that their birth rate success last year was 76 percent. Last year, two caretta carettas named "Sevgi" and "Özlem" were followed by a satellite monitoring system. "Through this system, we followed and recorded their migration routes. I can say Sevgi is now in Tunisia, while Özlem is in Gaza," he said. Two years later, loggerhead sea turtles will come to İztuzu Beach to breed. Last year, İztuzu Beach was declared a protected area. During their breeding season, sunbeds are not allowed in order to protect their natural habitats, egg nests and reproduction cycles.
Last Update: Jan 14, 2016 2:03 am
RELATED TOPICS