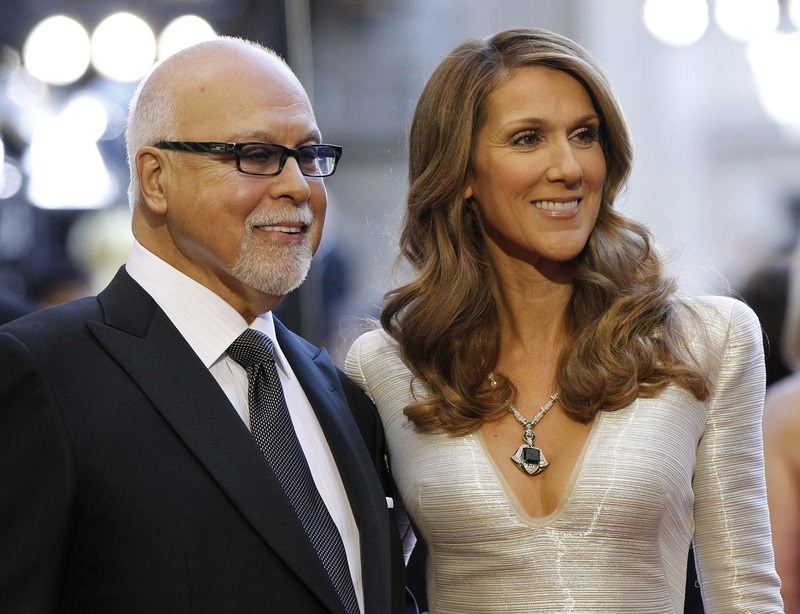 by reuters Jan 14, 2016 12:00 am
Rene Angelil, the husband of award-winning singer Celine Dion, died on Thursday at the age of 73 after a long battle with cancer, Dion said in a post on her Facebook page.

"Other information will be provided in the next few days," the post in French said, adding the family wishes to mourn in private.

The Canadian entertainment manager, who discovered Dion when she was 12-years-old and drove her career to stardom before marrying her, died at the family's home in Las Vegas.

Angelil married Dion, 47, in 1994 at a lavish wedding in Montreal's Notre Dame Basilica. They have three sons.

His illness, first diagnosed in 1999, prompted Dion to put her career on hold in 2014, suspending her Las Vegas residency. Dion said Angelil supported her later return to the stage.

Angelil stepped down as Dion's manager in 2014, turning her career over to a friend of the couple, Aldo Giampaolo.

Dion told Good Morning America in early 2015 that Angelil had to eat with the help of a feeding tube three times a day, and was not able to talk or swallow.

Angelil, a Montreal native, first met the French-Canadian singer when she was 12 years old after she sent him a recorded song she had written with her mother.

He agreed to manage Dion in exchange for full control over her career and was said to have mortgaged his home to finance her first album.

When Dion was 18, Angelil instructed the French-speaking singer to remake her image by changing her hair and capping her teeth, and register in English school so she could record songs for the U.S. market.

Their marriage was initially opposed by Dion's mother, not only because of their 26-year age gap but because Angelil had three children from two previous unions, the singer told media in 2013.

"I have to say that for my mom he was not the prince charming - the ideal prince charming. It was very difficult," Dion told Access Hollywood.com in 2013.

The singer said her mother and family of 13 siblings came to approve of Angelil.

"She had no choice. Love won."