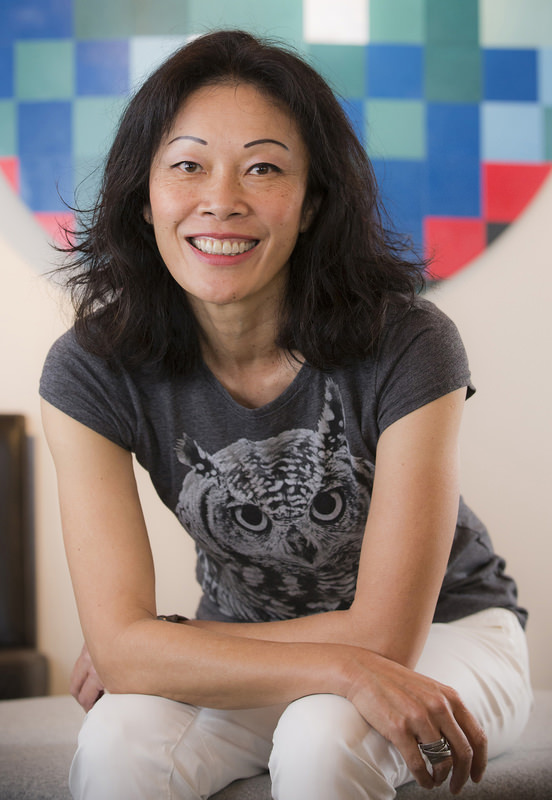 by Associated Press Jan 14, 2016 12:00 am
In 1983, New Zealander Geeling Ching was 23 years old and waiting tables at a Sydney cafe when she was chosen to play the lead role in David Bowie's "China Girl." She says the music video and the brief romance with Bowie that followed in the 1980s were like a surreal dream and a life changer. The death of the British rock star from cancer this week at age 69 stunned fans worldwide. Ching was watching a tennis tournament in Auckland, where she lives, when her phone started buzzing: Is it true? She was already a fan when she met Bowie. As a teenager, she'd put Bowie's posters up on her bedroom wall and bought one of his albums.

"There was something quite other-worldly about him," she told The Associated Press in an interview. "He was beautiful. Just beautiful." The video parodies Asian stereotypes and went on to win an MTV award. At the time, the unedited version was banned from New Zealand and some other countries for a raunchy scene on a beach.

Ching said she and Bowie, then in his mid-30s, were naked for the scene, but it wasn't romantic. "We got up at 3 in the morning to shoot that, to catch the sunrise, and it's the least sexy I've ever been in my life," she said.

She said she was freezing and struggling with salt water getting into her mouth. Some crew kept away curious joggers while others stood by with bathrobes. In another scene, she said, she accidentally head-butted Bowie but thankfully didn't break his nose. A real-life romance did develop, she said. She was struck by Bowie's intelligence, his charm and how he was so relaxed in chatting with fans.

After the shoot, she said, Bowie invited her to join him on tour in Europe. She traveled on a private jet and saw the frenzied fans.

"It was completely surreal," she said. It didn't last long and Ching, who these days uses the Anglicized version of her family name Ng, returned Down Under. "It's had the biggest influence on my life that I could have ever imagined," she said. Her role in the video opened doors and she took some acting roles, including one in "Mad Max Beyond Thunderdome." But she loves the hospitality industry and now works as a restaurant manager.
RELATED TOPICS