Selfie master cat defines herself as ‘Lord of the dogs’ 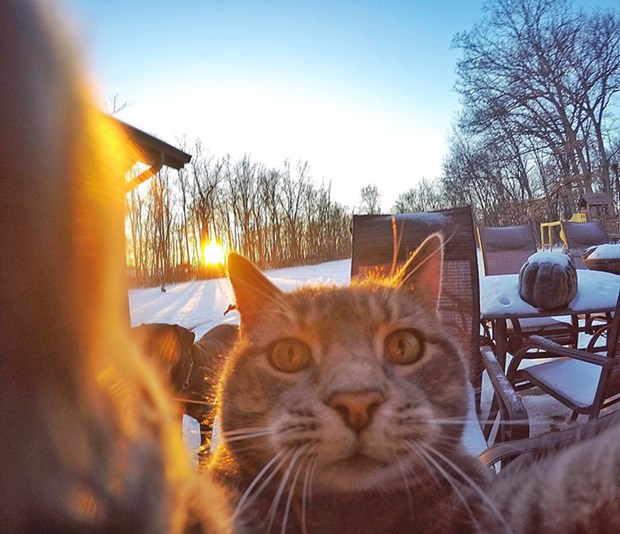 by daily sabah Jan 15, 2016 12:00 am
Unusual photos of a cat seemingly taking 'selfies' have gone viral on social media after the owner of the grey and white tabby posted them on Instagram. 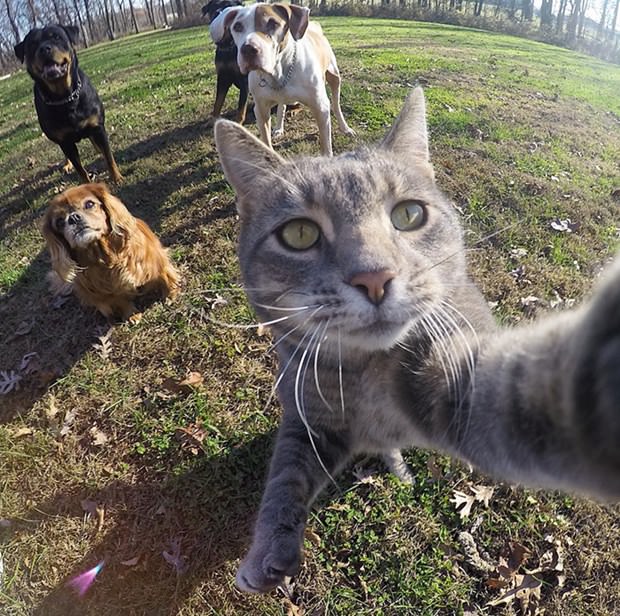 The cat, named Manny, seems to be having a lot of fun outdoors with three other dogs, two of which are rottweilers, taking self-portraits. 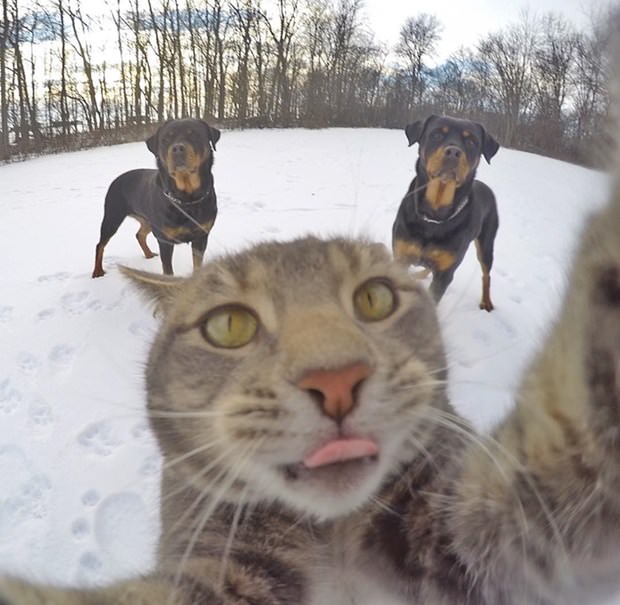 Manny has attracted a large number of visitors to the user @yoremahm's account on Instagram, as well as more than one million likes and thousands of comments on posts shared on Instagram and Facebook. 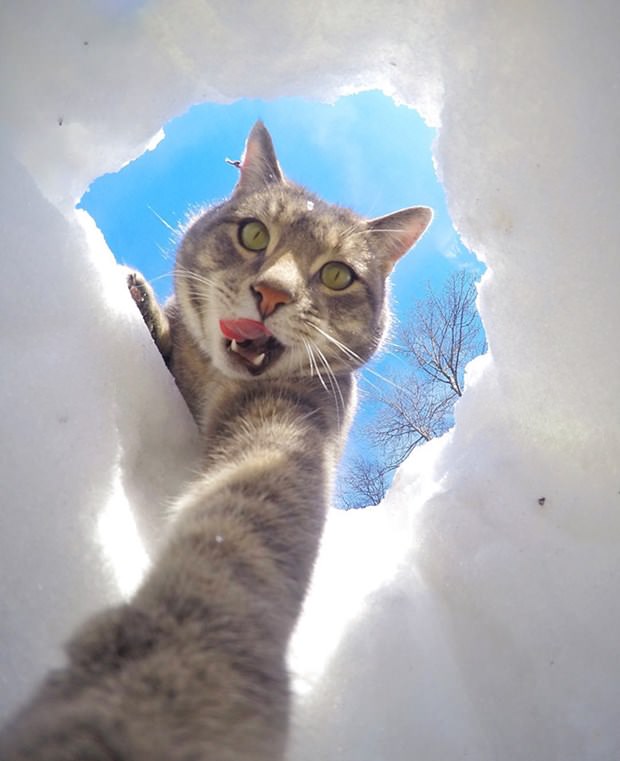 Although it is not certain that cat Manny took the photos herself, their realistic appearance has already enabled her to receive superstar attention on social media. 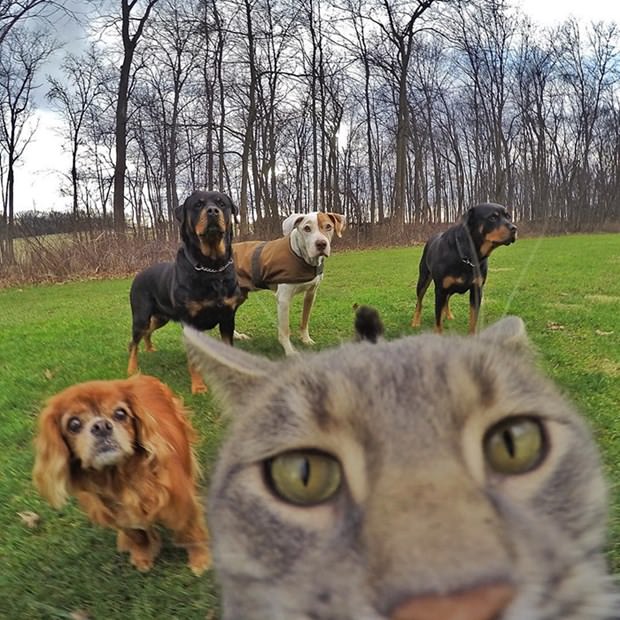