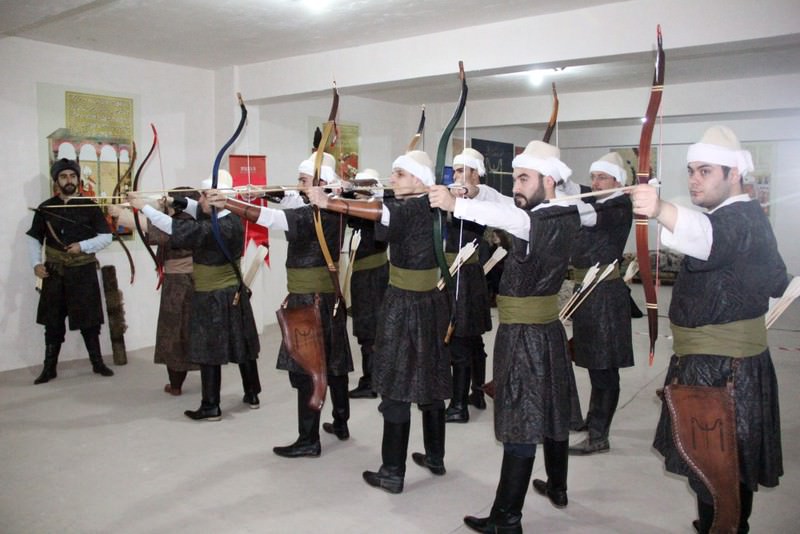 by Ihlas News Agency Jan 20, 2016 12:00 am
Archery has been practiced by Turks for over 2,000 years. This historical sport was cultivated during the Ottoman Empire following the 15th century and it has been practiced faithful to its traditional forms in the Turkish province of Bursa for the last five years. The Bursa Traditional Archery club keeps traditional archery culture alive with trainings in arrow and bow production, as well as archer training. Beginner classes have trainees practice with simple arrows and bows before they are able to move onto professional classes. Meanwhile, trainees work on the production of traditional archery tools in order to pass this Turkic tradition down to future generations.

The archery course currently trains 30 archers including four women, and 25 beginner students, including eight women. Speaking to the press, the president of the archery club, Ertan Taşkın, said their aim is to provide the necessary training for inexperienced archery enthusiasts and turn them into professional archers. "As technology advances, archery came to be known as 'Modern Archery,' but in fact archery has a history dating back 20,000 years. When we talk about Turkish archery, we have to go back 2,000 years. The Ghaznavids, Seljuks and Ottomans had a certain discipline and different approaches to the sport. From social life to hunting and politics, archery had an important place in these states. We consider archery as a part of our cultural heritage and try to keep this tradition alive," Taşkın said.
RELATED TOPICS