Plastic to outweigh fish in oceans by 2050, study warns 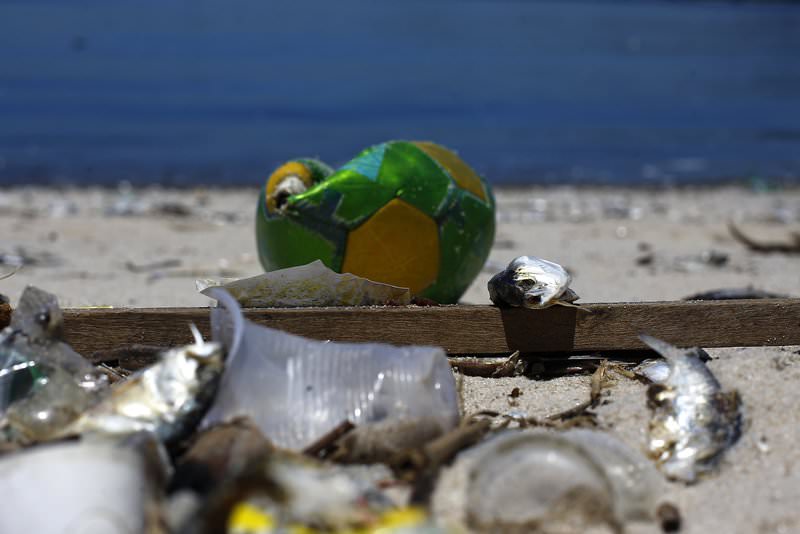 by French Press Agency - AFP
Jan 21, 2016 12:00 am
Plastic garbage will outweigh fish in the oceans by 2050 unless the world takes drastic action to recycle the material, a report warned Tuesday on the opening day of the annual gathering of the rich and powerful in the snow-clad Swiss ski resort of Davos.

An overwhelming 95 percent of plastic packaging worth $80-120 billion per year is lost to the economy after a single use, said a global study by a foundation fronted by yachtswoman Ellen MacArthur, which promotes recycling in the economy.

The study, which drew on multiple sources, proposed establishing a new system to slash the leaking of plastics being discarded into nature, especially the oceans, and to find alternatives to crude oil and natural gas as the raw material of plastic production. At least 8 million tons of plastics find their way into the ocean every year - enough to fully fill one garbage truck every minute, said the report by the Ellen MacArthur Foundation, which included analysis by the McKinsey Centre for Business and the Environment. "If no action is taken, this is expected to increase to two per minute by 2030 and four per minute by 2050," it said, with packaging estimated to represent the largest share of the pollution. Available research estimates that there are more than 150 million tons of plastics in the ocean today. "In a business-as-usual scenario, the ocean is expected to contain one ton of plastic for every three tons of fish by 2025, and by 2050, more plastics than fish," it said. "This report demonstrated the importance of triggering a revolution in the plastics industrial ecosystem, and is a first step to showing how to transform the way plastics move through our economy," said Dominic Waughray of the World Economic Forum (WEF), the hosts of the annual talks in Davos who jointly released the report.

"To move from insight to large-scale action, it is clear that no one actor can work on this alone. The public [sector], private sector and civil society all need to mobilize to capture the opportunity of the new circular plastics economy," he said. A sweeping change in the use of plastic packaging would require cooperation worldwide between consumer goods companies, plastic packaging producers, businesses involved in collection, cities, policymakers and other organizations, said the report.It proposed creating an independent coordinating body for the initiative. "Plastics are the workhorse material of the modern economy with unbeaten properties. However, they are also the ultimate single-use material," said Martin Stuchtey of the McKinsey Center for Business and Environment. "Growing volumes of end-of-use plastics are generating costs and destroying value to the industry," he added. Reusable plastics could become a valuable commodity in a "circular economy" that relied on recycling, Stuchtey said. "Our research confirms that applying those circular principles could spark a major wave of innovation with benefits for the entire supply chain," he added.