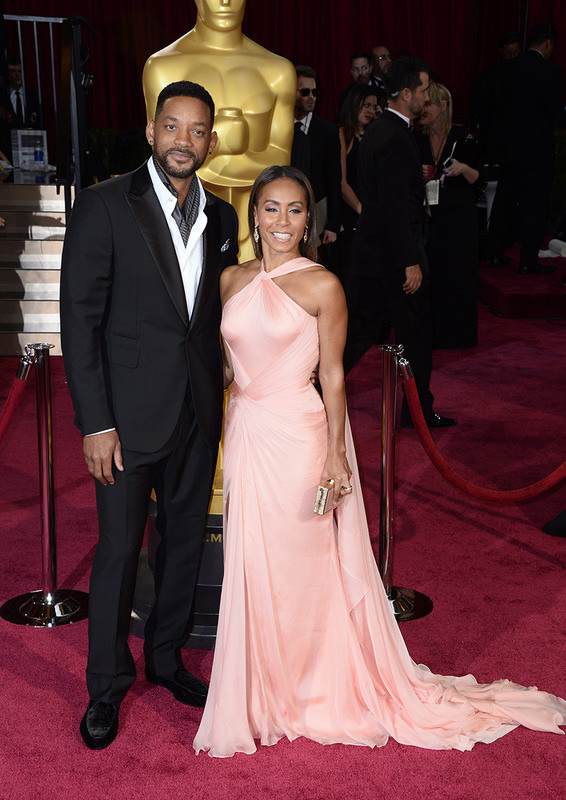 The file picture dated 02 March 2014 shows US actors Will Smith (L) and his wife Jada Pinkett Smith arriving for the 86th annual Academy Awards. (EPA Photo)
by reuters Jan 21, 2016 12:00 am
Will Smith on Thursday joined director Spike Lee and his wife Jada Pinkett-Smith in not attending the 2016 Oscar ceremony in February in protest over the absence of nominated actors of color, while nominee Mark Ruffalo said he will attend the show after confusion over his stance.

Smith, star of football head trauma movie "Concussion," was the highest-profile black actor to be snubbed by Oscar voters when nominees were announced last week. No actors of color were nominated in any of the 20 acting categories for a second straight year.

"My wife's not going... We've discussed it. We're part of this community. But at this current time, we're uncomfortable to stand there and say this is OK," Smith told ABC television's "Good Morning America."

Ruffalo, who is white, is a best supporting actor nominee for playing an investigative journalist in Catholic Church abuse probe "Spotlight."

After some confusion over whether he would join the protest, the actor said on Twitter he will be at the Oscars "in support of the victims of clergy sexual abuse and good journalism," but that he did support those not attending in protest.

Lee, Smith, Pinkett-Smith and documentary director Michael Moore are the only major stars so far to announce they will not attend the Oscars.

Their protest has sparked a major debate over the lack of diversity both at the Academy of Motion Picture Arts and Sciences, whose majority white male members vote on the Oscars, and in Hollywood at large.

Smith said that both times he had previously been nominated for an Oscar, he had "never lost to a white person."

"When I see this list and series of nominations that come out — and everybody is fantastic and that's the complexity of this issue, everyone is beautiful and deserving and it's fantastic — but it feels like it's going the wrong direction," he said.

Lee on Wednesday said he had never used the word "boycott" to characterize his protest.

Oscars host Chris Rock has made no public statement on the issue, but has also come under pressure from rapper 50 Cent and "Fast & Furious" actor Tyrese Gibson to quit.

"There is no joke that he can crack. There is no way for him to seize the moment and come into this thing and say, 'I'm going to say this and say that I'm going to address the issue but then I'm still going to keep my gig as the host,' " Gibson told People magazine. "The statement that you make is that you step down."
Last Update: Jan 21, 2016 10:18 pm
RELATED TOPICS