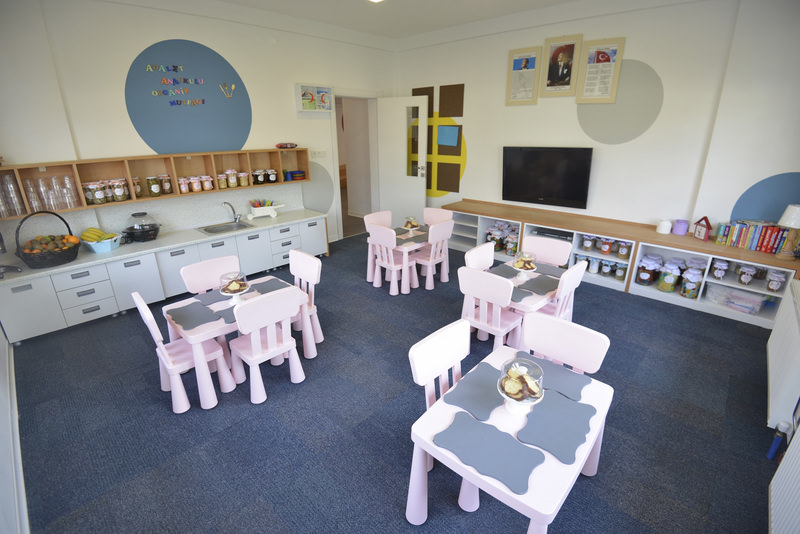 Children residing in prisons with their incarcerated mothers have recently become a hot topic due to a lack of recreational activities, schooling facilities and basic needs for them. The Bakırköy Women's Prison is currently unveiling a recently renovated kindergarten facility, which offers new hope to the 69 underage residents of the prison

With roughly 5,000 female inmates in eight women's' prisons across Turkey, a total of 421 children - from infants to six-year-olds - are hosted in the prisons. About a year ago, the Youth Re-autonomy Foundation of Turkey launched the "Children behind bars" project, aiming to touch the lives of children who live with their mothers in prisons and make their dreams come true.

The activists of the project, with widespread support from all sectors of society, worked hard to establish kindergarten facilities in the prisons for these children, aiming to create a space for the children to feel free. Children and young people showed their support for the campaign by donating money via SMS messages, with various construction companies and kindergarten facility owners also contributing to the Youth Re-autonomy Foundation of Turkey. The campaign is primarily concerned with the renovation of the Bakırköy Women's Prison kindergarten facilities due to the high number of children residing there. Thanks to the generous donations of supporters, the foundation realized their dreams and these children now have a fully functional kindergarten facility inside the prison where they can receive the same opportunities as ordinary children. 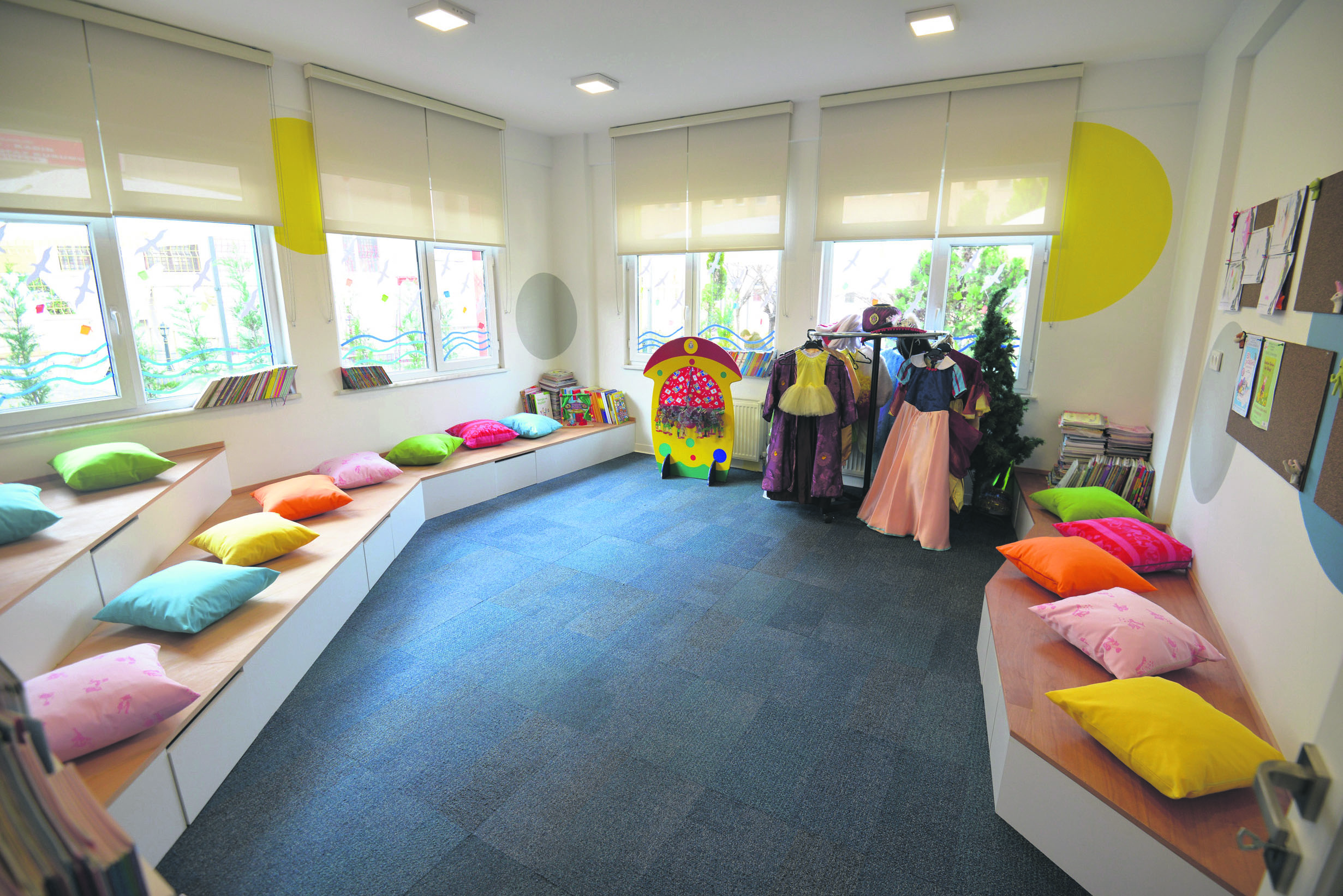 The facility for children in the Bakırköy Women's Prison was reopened with a ceremony on Jan. 21. Speaking at the opening ceremony, the general manager for the Ministry of Justice, Prison and Correction House, Enis Yavuz Yıldırım, said they have been restoring prisons and focusing on the rights of individuals for the past decade. He underscored that campaigns, which focus on improving the conditions faced by inmates behind bars, are more important then any initiative launched from the outside. "Prisons and correctional institutions are important places for social responsibility projects. Thanks to the initiative of the Youth Re-autonomy Foundation of Turkey, we will be able to offer modern education to our children," Yıldırım added.

Selami Hatipoğlu, the chief public prosecutor in Bakırköy, said, "We are giving a gift to these children by providing a school where they can find a branch to hold onto in life. Children who have not yet learned what it means to run in open fields will be able to run in the school yard, at least."

On the other hand, the president of the Youth Re-autonomy Foundation of Turkey, Nevin Özgün, said that they are very happy about the project's success and thank everyone who showed support for the cause. "The project intended to raise awareness on this issue. It is clear that we have already achieved our goal. We are very happy," she said.

Following the speeches, the opening ribbon was cut and children released hundreds of balloons into the sky. 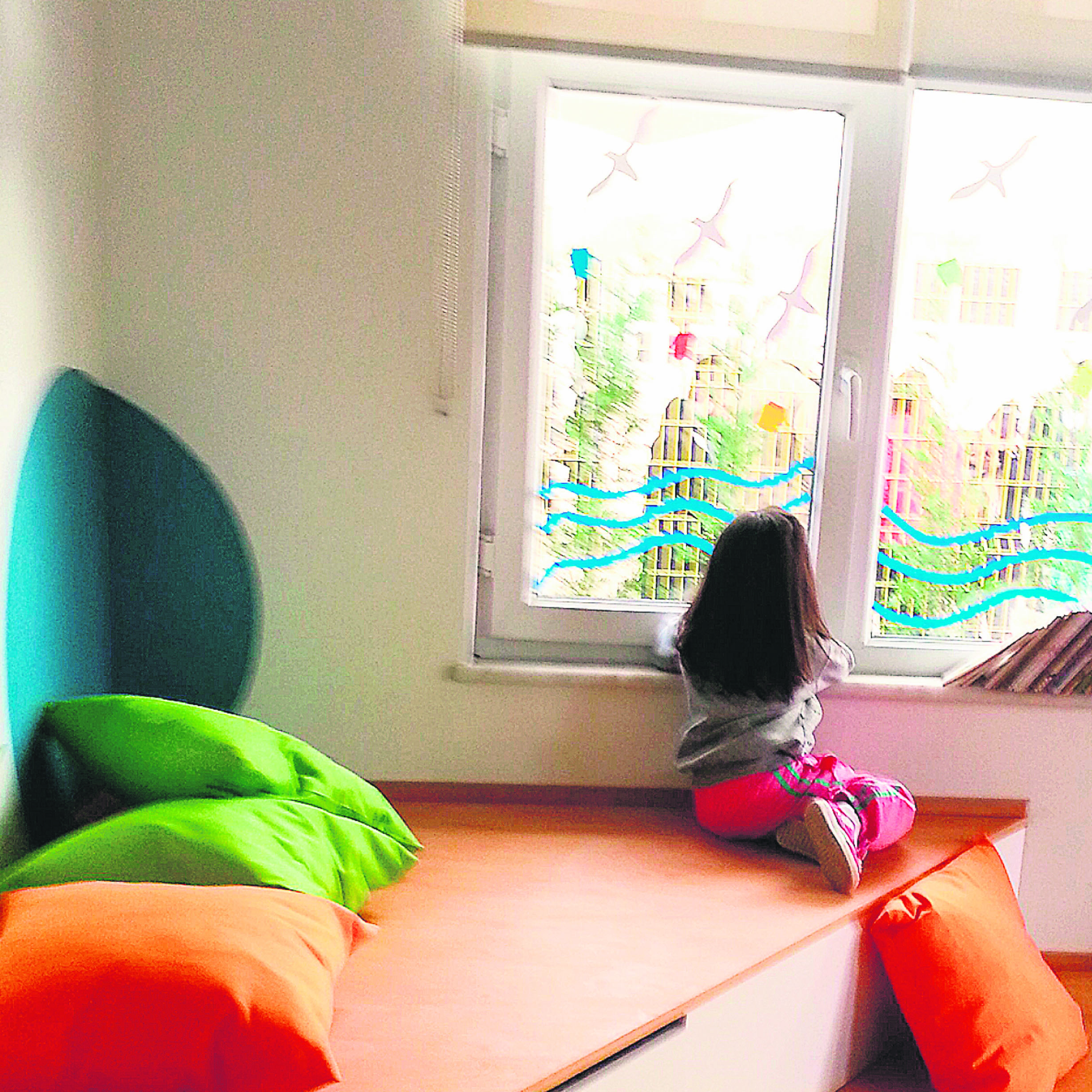 Conducted with the permission of the Ministry of Justice, the project renewed every inch of the old kindergarten building. Under the advisory of a team of experts overseeing the project, as well as prison administrators, educators from the Ministry of Education and authorities from the Ministry of Justice, the exterior of the building was covered with age-appropriate, colorful plating. The garden was landscaped and a sandbox, bicycle parkour and playground were built. A green lawn was created and a mini amphitheater was built in the garden as well. The lighting inside and outside of the building was also renewed. The garden was surrounded with colorful fencing and the entrance of the kindergarten was properly secured.

The interior of the kindergarten was altered and redesigned in order to be more functional. An industrial kitchen was constructed, as well as a classroom for infants and toddlers, from newborns to three years of age. All classrooms were redecorated, furniture was renewed, art was painted on the walls, hygienic floor coverings were installed and restroom facilities were updated. Round shapes and colors were incorporated in the classrooms in order to develop children's perception of color and dimension. All rooms were decorated with modern and customized furniture.

The project aims to build a kindergarten for children in all eight of Turkey's women's prisons, with the Bakırköy prison project setting the standard. "Children Behind Bars" aims to provide the social atmosphere necessary for children to thrive. The project's second stop will be the province of Gebze, followed by Sivas, Kocaeli, Samsun, Denizli, Adana and Ankara.