Piece of military aviation history up for auction in Istanbul 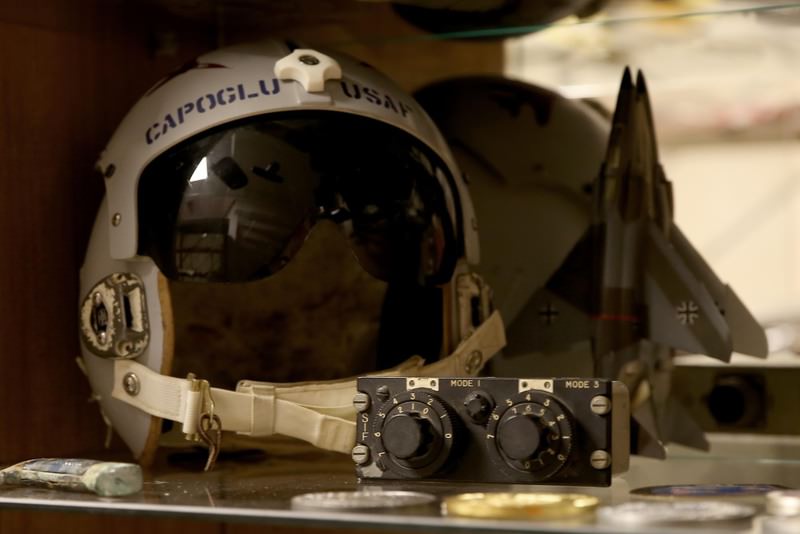 by Anadolu Agency Jan 25, 2016 12:00 am
The military aviation auction on Jan. 30 at Pera Auction in Istanbul will have 2,022 pieces an offer to buyers. The auction will feature helmets from the Vietnam War as well as badges, military uniforms, photographs and military aircraft equipment. Offering insight into the auction, Pera Auction Chairman Mehmet Gacıroğlu said the collection that will be put up is the biggest military collection ever auctioned in Turkey.

The collection belongs to Turkey's first aerial photographer, Soner Çapoğlu, who collected documents and equipment.Standing out among the pieces is a standard issue helmet used in the Vietnam War in 1960, a pilot's knife belonging to Lt. İlker Kartel who was killed during Turkey's intervention in Cyprus, a helmet used in Phantom planes in the 1970s, orange overalls worn by Lt. Col. Hüseyin Çapoğlu during NATO's parachute competition in the 1960s and the brake parachute used in T-10 military aircrafts. Gacıroğlu said that military aircraft indicators as well as hundreds of original aerial photos have drawn the most attention from buyers. "The military aviation equipment collected from all over the world will see the light of day for the first time with this auction. As the items that will be auctioned are military equipment, they are hard to find in the market, so we believe that people will show great interest in our auction." The items that will be auctioned on Jan. 30 can be examined on the auction house's official website peramezat.com.
RELATED TOPICS