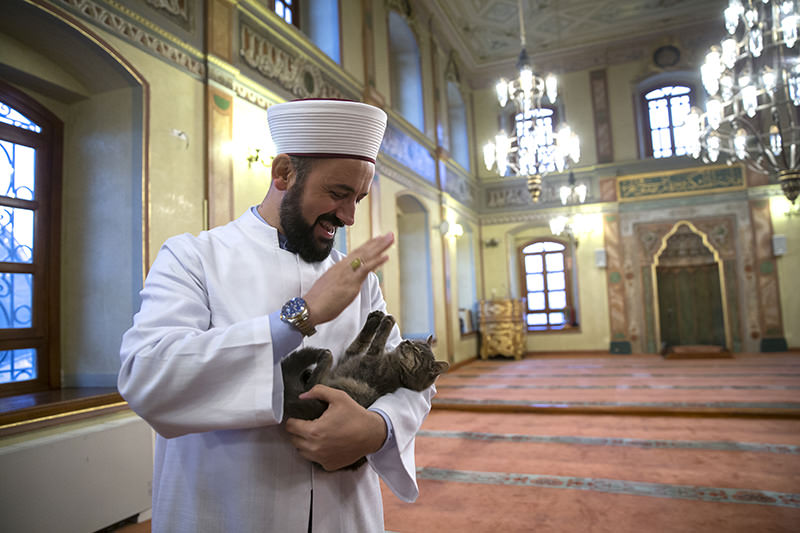 A young, sweet-voiced Turkish imam recites the Quran while leading the dawn prayers in a historic Istanbul mosque. In contrast to his intense concentration, a grayish-colored cat alternates between licking its fur and looking detachedly at more than 300 early-bird worshippers. It seems unmoved by the congregation's devotion or their youthful imam.

However, neither the imam nor the worshippers are offended by the cat's presence - and many others inside their place of worship follow their rituals as usual. A peaceful cohabitation exists inside the mosque as if cats and worshippers have struck an agreement. In fact, this harmony has been in place for a long time. Cats and worshippers do not disturb each other and even enjoy one another's company. 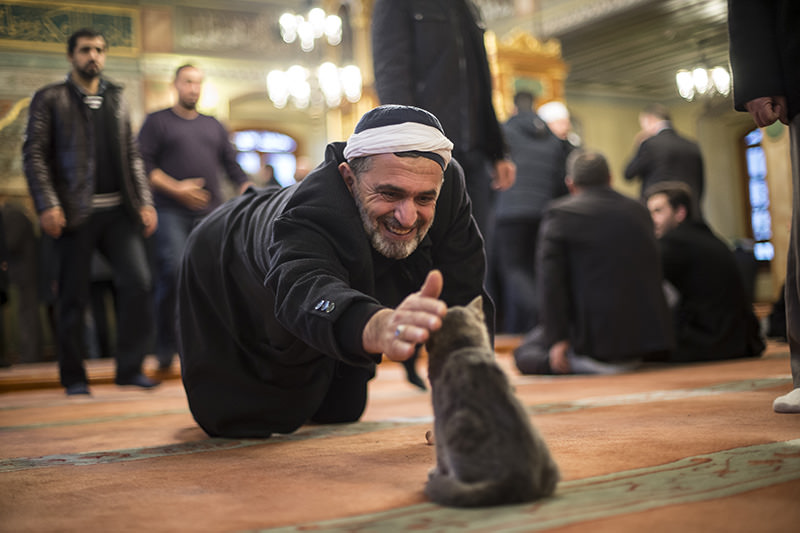 "Cats have been with us during prayers and sermons. They do not spoil the peace inside the mosque. Worshippers love them as well," says Mustafa Efe, imam of Aziz Mahmud Hüdayi Mosque in Üsküdar. Efe unexpectedly found fame recently after social media exploded with footage taken from his mosque showing casts mingling with worshippers.

In one clip, an anxious mother cat drags her kittens one-by-one up the steep steps of the minbar - an area usually reserved for a preaching imam. At the moment, there are 10 stray felines in and around Efe's mosque. Their numbers vary because the cats are free to come and go; some leave the little cat community and are replaced by felines from elsewhere. "Cats have been always a part of this community," says Efe, who joined the mosque's religious classes in 1990. Part of the reason for the notoriously free-spirited animals' loyalty could be that they are fed and sheltered by the mosque.

"This mosque has a food bank for people. A portion of this food has been distributed to these cats," Efe tells Anadolu Agency (AA), adding that worshippers have also helped in taking care of stray felines. Imam Efe welcomes the stray cats, particularly during the winter season. In an effort to explain his decision, Efe says: "It is something any Muslim should do." It is natural for Efe but photographs of him with his cats have attracted great interest on social media. Many newspapers and news websites have published the images, with comments praising the imam's sensitivity. 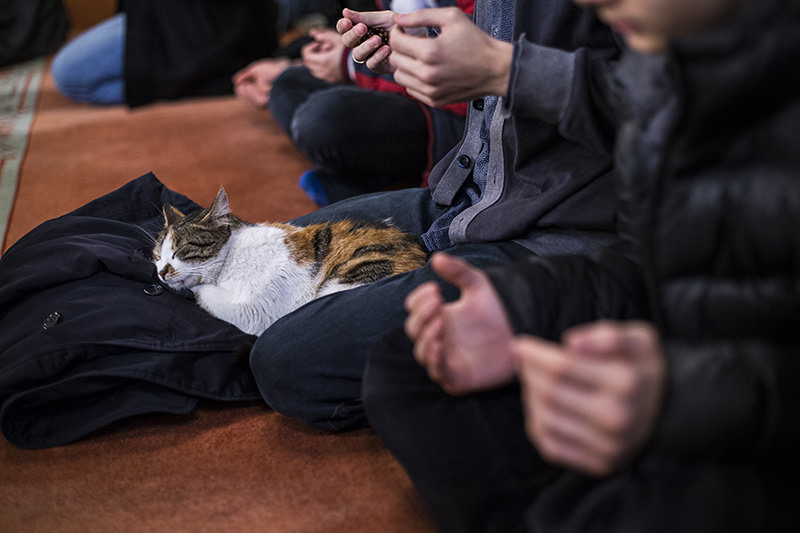 "There has been a huge interest in these photographs," Efe acknowledged, saying that they gained more than a billion likes. According to him, his decision is the natural result of his religious belief and the city's long-running hospitality for animals. Cats have long been considered ritually clean in Islamic tradition. Prophet Muhammad told his followers that cats were to be considered a part of a family.

Historical tales recall that a cat prevented a snake from biting the Prophet. In another instance, when the prophet saw that his cat was sleeping on the edge of his cloak, he cut the cloak around the sleeping animal so as not to disturb it. According to one of Prophet Muhammad's sayings, a faithful woman was punished in the afterlife just because she chained and starved a cat. This coexistence is historical in Turkey. Architects added a special place to the outer walls of mosques for birds so that they could nest. Cats also wander around mosques seeking food.

This tradition of showing mercy often spilled over into the troubled human realm. During the Ottoman era, some senior officials, including grand viziers - the equivalent of modern-day prime ministers - took refuge in the Aziz Mahmud Hüdayi Mosque after being sentenced to death for some sort of infraction. 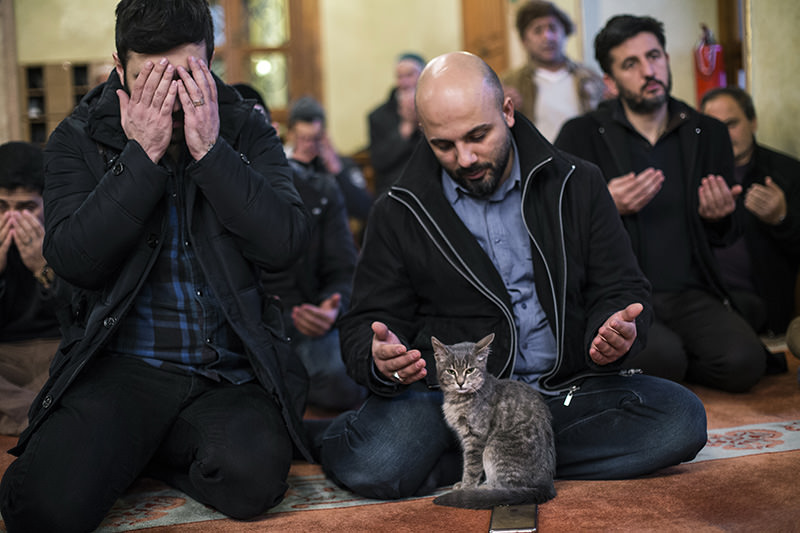 For this ancient city, cats undoubtedly are a part of daily life and popular culture. Some people even compare the revere given to cows in India with the cats in the city to highlight the unique place felines have in the heart of Istanbul.

It is not surprising to see people giving food to stray cats or throwing cushions on sidewalks so that felines can sleep more comfortably. Efe's adventures are just one example of the popularity of Istanbul's cats on social media.

Facebook and Instagram are filled with photographs of cats amusing Istanbulites. "Cats of Istanbul," a popular Instagram account, has 8,000 followers. On the big screen, an animated movie called "Kötü Kedi Şerafettin" (Bad Cat Şerafettin) will open on Feb. 5. The movie, based on a long-running cartoon, narrates the heroic cat's dangerous adventures in Istanbul. A new documentary, simply called "Kedi" (Cat), will be released soon, featuring a cast of stray felines.
Last Update: Feb 01, 2016 9:45 am
RELATED TOPICS