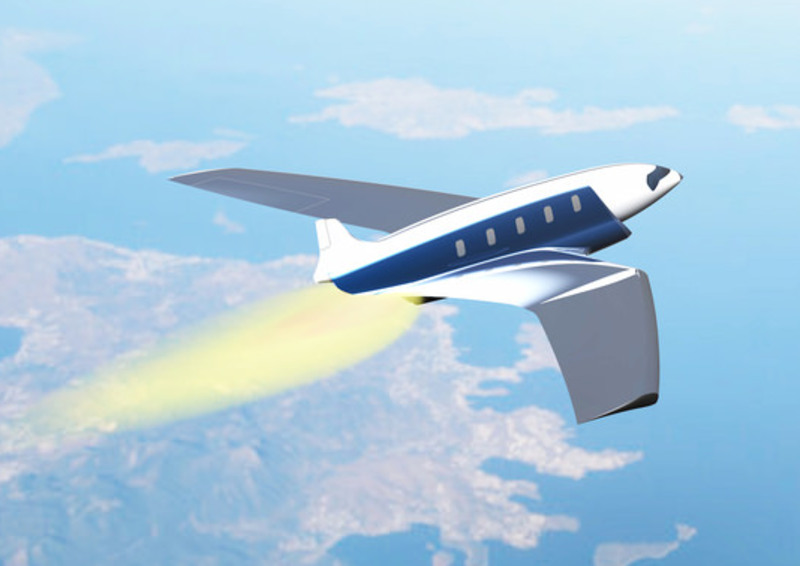 by Daily Sabah Feb 02, 2016 12:00 am
Canadian industrial designer Charles Bombardier from Imaginactive, who made a name for himself with his Skreemr jet, has introduced the Antipode, a futuristic air travel design that can take 10 people as far as 12,430 miles in less than an hour, allowing people to travel from New York to Istanbul in just 24 minutes. "I wanted to create an aircraft concept capable of reaching its antipode - or diametrical opposite - as fast as possible," Bombardier told Forbes.

There are some questions being raised about Bombadier's design, though. At excessive speeds, overheating is the main concern due to the potentially dangerous generation of heat by these engines which can enter the wings and nose of the plane. "Objects traveling past the Mach 5 speed can reach upwards of 980 degrees Celsius (1,800 degrees Fahrenheit), and there is a limit to the type of materials that can withstand those kinds of temperatures," Forbes further reported. Bombardier, however, thinks that this problem can be solved. As stated on Imaginactive's website, the design could be used for business or military aircraft to transport two highly ranked officials across the globe in less than an hour. More research, however, needs to be done to validate the design's technology potential.
RELATED TOPICS