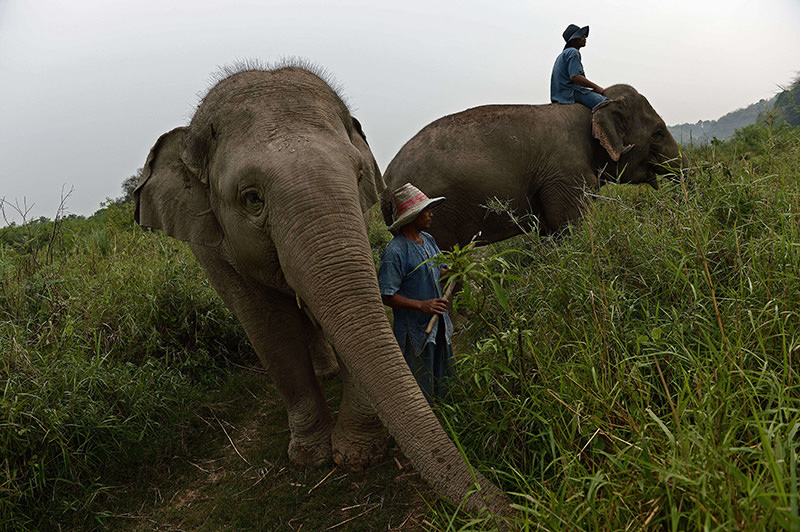 Representational photo (AFP)
by Feb 02, 2016 12:00 am
The man was on a tour with his teenage daughter in the island resort of Koh Samui when the mahout lost control of the elephant on Monday.

He was thrown off before being gored and trampled. His daughter and the mahout escaped serious injury.

The male animal was "in musth and was reacting aggressively," said Edwin Wiek, founder of the Wildlife Friends Foundation of Thailand, denying some local reports that the tourist had been taunting the animal.

It was the sixth fatal incident in the last five months involving bull elephants in musth across Thailand, he said.

"Male elephants should not be a part of these treks at all as they are uncontrollable when they are in heat."
Last Update: Feb 02, 2016 10:18 am
RELATED TOPICS