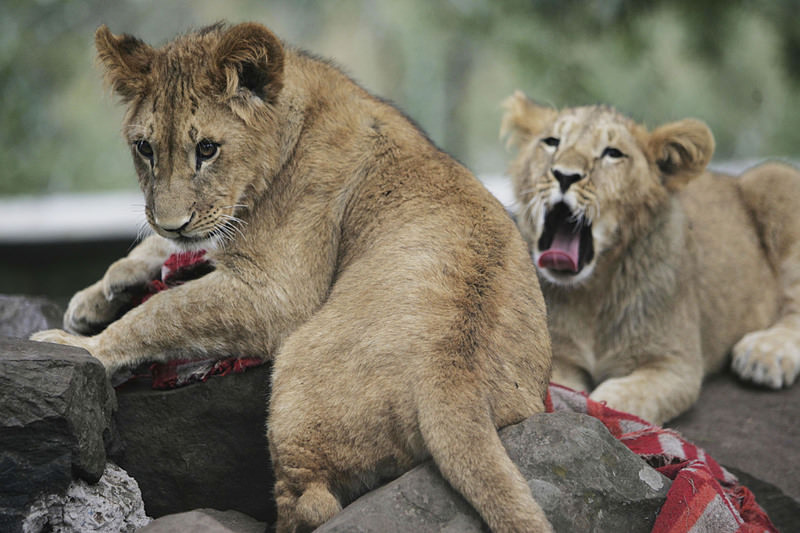 by Feb 03, 2016 12:00 am
Conservationists announced Monday the "amazing discovery" of a previously unknown lion population in a remote northwestern region of Ethiopia, confirming local reports with camera trap photographs for the first time.

Lions were spotted in the Alatash National Park on Ethiopia's border with Sudan, lion conservation group Born Free said. "The confirmation that lions persist in this area is exciting news," Born Free Foundation said in a statement. "With lion numbers in steep decline across most of the African continent, the discovery of previously unconfirmed populations is hugely important." Hans Bauer, a lion conservationist from Oxford University who led the tracking expedition in Ethiopia, said there could be up to 200 lions in the area.

"Considering the relative ease with which lion signs were observed, it is likely that they are resident throughout Alatash and Dinder," in Sudan, he said. "On a total surface area of about 10,000 square kilometers, this would mean a population of 100-200 lions for the entire ecosystem, of which 27-54 would be in Alatash," he said. Lions have been put on the International Union for Conservation of Nature's "red list" of threatened species. In the past few decades they have disappeared from much of Ethiopia. With 96 million people, it is Africa's second-most populous nation, and the number is growing by some 2 million people every year. Ethiopia's famous black-maned lions once represented a former emperor, "Lion of Judah" Haile Selassie, and were immortalized in a song by reggae legend Bob Marley. Today, they struggle for survival. Lion numbers are estimated to have declined by between as much as three-quarters since 1980, and occupy less than a tenth of its historic range across Africa.
RELATED TOPICS