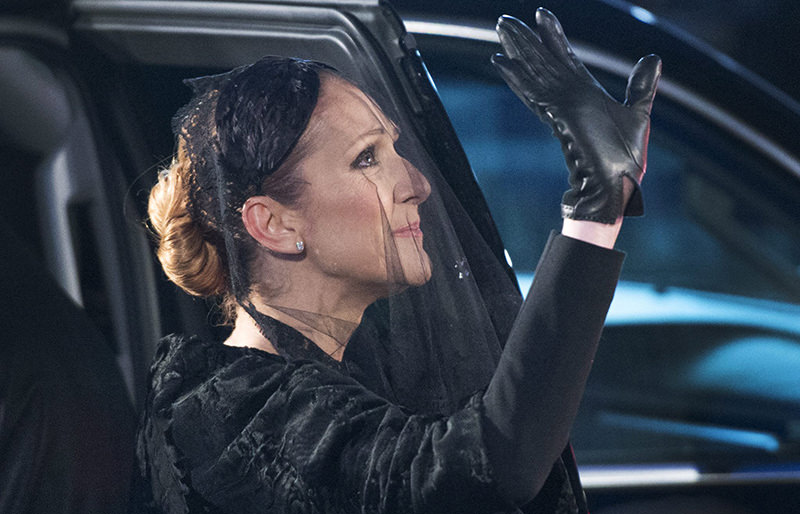 Celine Dion waves after funeral services for Rene Angelil at Notre-Dame Basilica Friday, Jan. 22, 2016 in Montreal (AP Photo)
by Associated Press Feb 04, 2016 12:00 am
Celine Dion spoke for the first time publicly since her husband Rene Angelil died, paying tribute at a Wednesday night memorial in Las Vegas. She said he kept her grounded and protected her from the gritty business details of her superstar career.

People gathered to celebrate the life of her late husband and manager credited with striking the deals that have defined her status as one of the world's most popular voices.

"He protected me from Day 1 to for the rest of my life, I am pretty sure of that," Dion said.

Angelil died on Jan. 14 after a long battle with throat cancer. He was 73.

Born in Montreal to a Canadian mother and Syrian father, Angelil was a former-singer-turned-manager who discovered a 12-year-old Dion and mortgaged his house to finance her first album. He guided her career most of her life, most critically as she learned a new language to sing in English to become an international success.

To underscore his influence, longtime friend Paul Farberman said at the memorial that the "Titanic" deal was far from certain when Dion was first approached to sing the theme song. She rolled her eyes when she first heard it played on the piano.

"It didn't look like this was going to be a big success story," Farberman said of the movie. "And I'll never forget how Rene literally stood up from the table and he said 'I'm a gambler, and I'm going to bet on this one.' And of course, the rest is history."
Last Update: Feb 04, 2016 3:33 pm
RELATED TOPICS