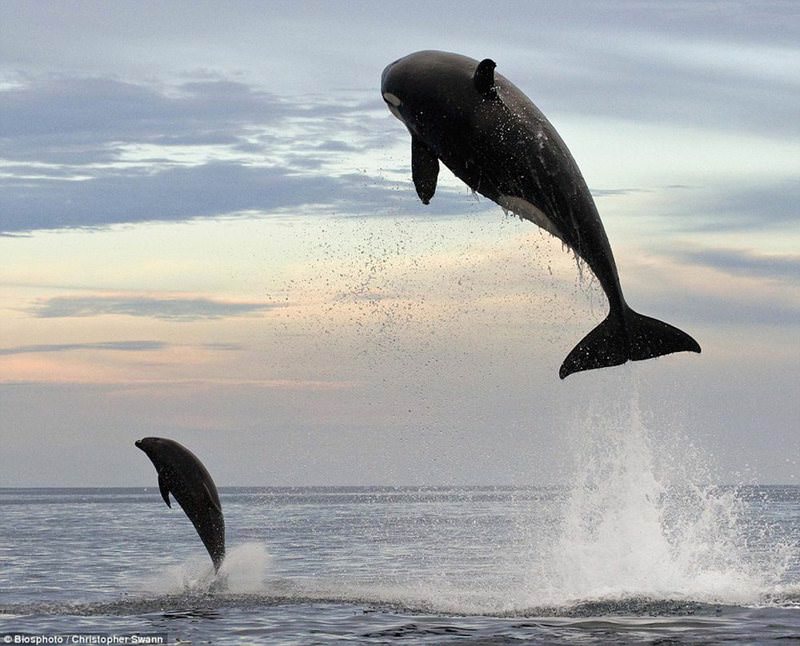 by Daily Sabah Feb 04, 2016 12:00 am
The communication of underwater mammals, especially of whales and dolphins, is being threatened by sound pollution mostly due to ships, a new study suggests. American researchers discovered that the high-frequency sounds emitted by ships disturb the communication between whales, hindering them from being able to find salmon for food using echolocation.For decades, humans have been well aware that the low rumble of ships disturbs large whales; however, since these animals use mid- and high-frequency sound to communicate and find their prey, it was previously thought that underwater sound disruption, which typically refers to low frequency sounds, did not critically affect the whales.

To research the effect of sound pollution on whales, scientists measured approximately 1,600 special ships as they passed through the Haro Strait off the coast of Washington, which is a critical habitat for the endangered Southern Resident killer whales. It was observed that the ships not only emanate low-frequency sounds but also mid- and high-frequency sounds. Scott Veirs of the Beam Reach Marine Science and Sustainability School – leader of the research – said, "The results show that ships are responsible for elevated background noise levels not only at low frequencies, as expected, but also at medium and higher frequencies – including at 20,000 Hz, where killer whales hear best. This means that in coastal environments where marine mammals live within a few kilometers of shipping lanes, these noises have the potential to interfere with both communication and echolocation." The study also offered solutions to the problem, underlining that, if the ships would simply move at slower knots, underwater sound pollution could be reduced.
RELATED TOPICS