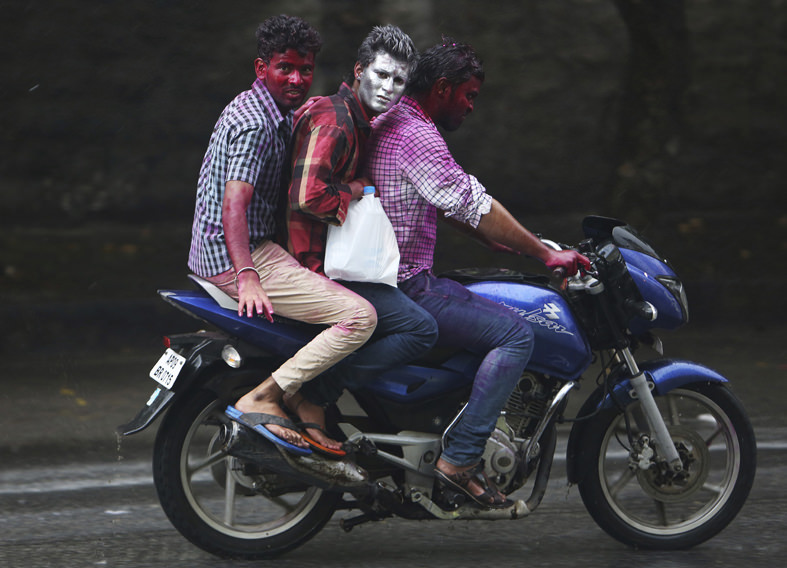 by Associated Press
Feb 09, 2016 12:00 am
British rock band Coldplay's latest music video has triggered a debate in India over its portrayal of the country with critics accusing its producers of showing stereotypical images of India with Hindu holy men, peacocks and colorful festivals.

Coldplay featured Beyonce in their Super Bowl half-time show Sunday, but they didn't perform their new collaboration, "Hymn for the Weekend." The four-minute video of the song shows Coldplay being chased and pelted with color as residents celebrate Holi, the Indian festival of color. Many Indians say it stereotypes India as the land of holy men and pagan festival rituals. They say the video ignores changes in India following the economic boom that has changed the face of Indian cities and towns.

The music video, shot almost entirely in India's entertainment capital, Mumbai, also has a two-second appearance by Sonam Kapoor, an up-and-coming Bollywood actress. The video has triggered as debate among India's English-speaking elite about cultural appropriation as Beyonce appears dressed in typical Indian wedding finery, on billboards and in a bioscope painted in many hues. Most criticism was on social media. "Why does the white man not get it? India 2016 is not a land of snake-charmers, sadhus and nagins. Stereotype," Zakka Jacob, a television anchor at CNN-IBN tweeted.

"It seems they are in love with all the cliches about India. Just missing a snake charmer!" Nidhi Kapur, a human resource professional, said in a tweet. In 2008, Danny Boyle's multiple-Oscar winning film, "Slumdog Millionaire," also faced similar criticism for its portrayal of poverty and corruption in India, with critics saying the film showed the country in its worst light. But the video had its admirers, too. "Amazing India. Exotic India. Captured so beautifully in the latest @coldplay video Hymn for the Weekend," tweeted Pritish Nandy, an Indian lawmaker and poet.
Last Update: Feb 09, 2016 1:36 am