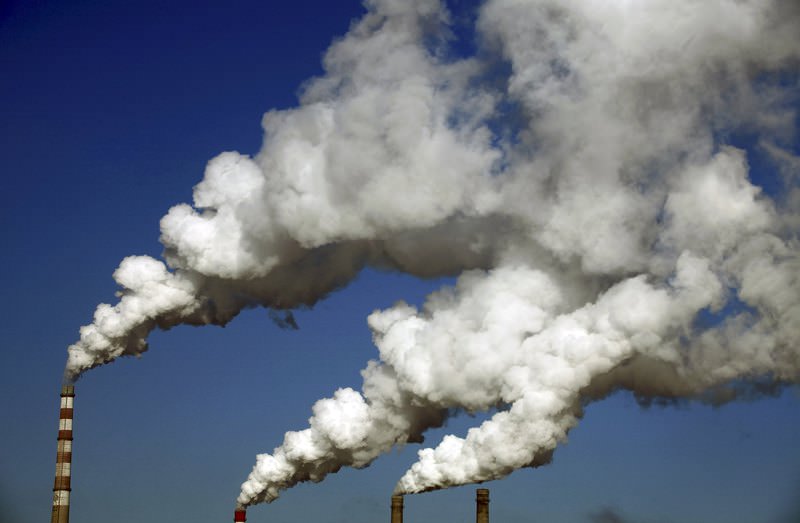 by Anadolu Agency Feb 10, 2016 12:00 am
The effects of worldwide carbon emissions will not only increase global warming over the next century, but will impact the planet's climate for the next 10,000 years, according to research published Monday. Energy policy, the team of scientists claimed in the report, needs to look far beyond 2100 in regards to how carbon emissions will impact the climate.

Approximately 1.3 billion people, which account for about 20 percent of the global population, may be directly affected by rising sea levels, even if global warming is capped at 2 degrees Celsius, the current goal of the United Nations. Scientists estimated that 122 countries have at least 10 percent of their population in coastal regions that will be directly impacted by rising sea levels. The international team of scientists was led by researchers at Oregon State University and funded by the United States National Science Foundation, the Energy Department and science organizations based in Canada, Germany and Switzerland. The report was published in the journal Nature Climate Change.

In researching the report, scientists ran scenarios through complex temperature and ice sheet models. "Much of the carbon we are putting in the air from burning fossil fuels will stay there for thousands of years - and some of it will be there for more than 100,000 years," said Peter Clark, OSU paleoclimatologist and lead author of the report. "People need to understand that the effects of climate change on the planet won't go away, at least not for thousands of generations." By looking at the massive potential damage climate change could wreak over millennia, researchers believe policies curbing fossil fuel use should began right away, as opposed to being gradually imposed over decades. "This is the most comprehensive look at global climate in the past, present and future," said Jeremy Shakun, a co-author of the report from Boston College.

"What our analysis shows is that this era of global warming will be as big as the end of the Ice Age. And what we are seeing is a massive departure from the environmental stability civilization has enjoyed during the last 10,000 years of its development."
RELATED TOPICS