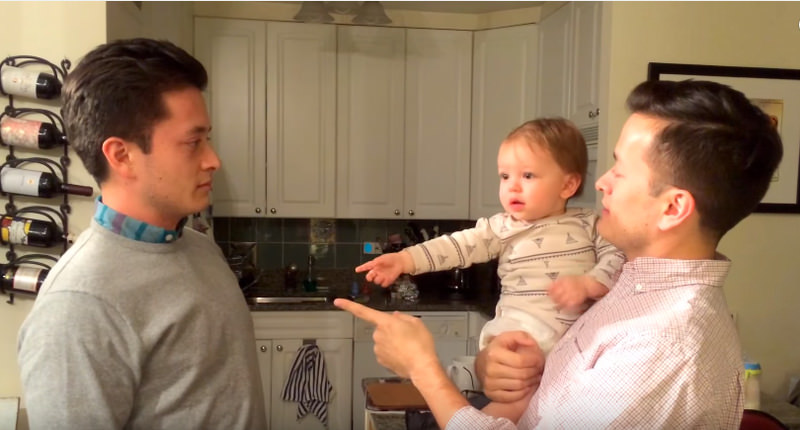 A Youtube video showing a father and his twin brother pranking his baby gone viral on social media. The footage shows the baby, named Reed, getting confused when his father asks him who his uncle is.

Baby Reed points out to uncle Michael, saying "Dada" and wants to go to him. But when passed over to uncle, he asks to go to his father, Stephen.

Meanwhile the twin brothers seem to be having fun as the baby tries to figure who his real father is.
Last Update: Feb 12, 2016 2:52 pm
RELATED TOPICS